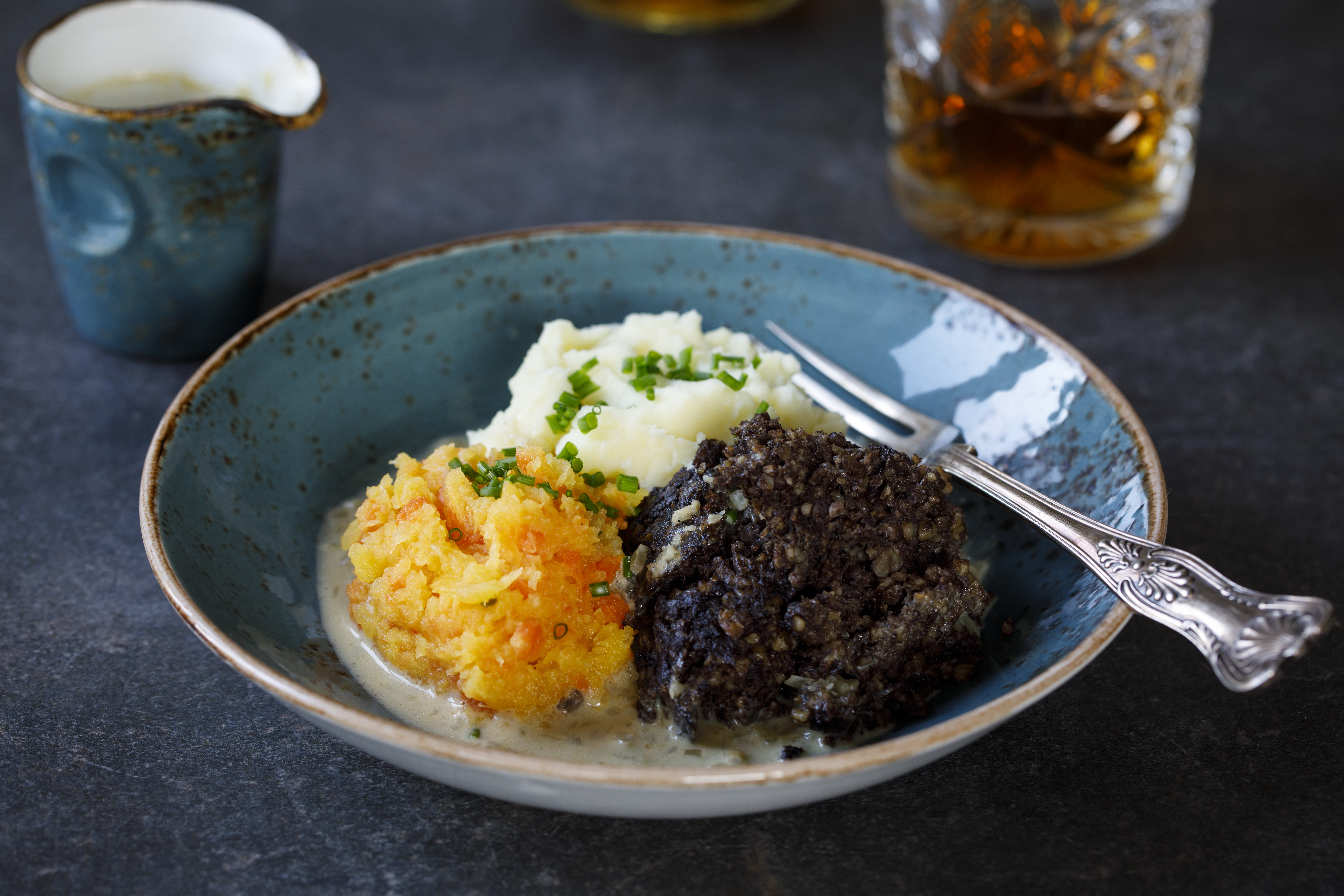 THIS BURNS Night people across the world will be reaching for a forkful of Scotland’s finest, with haggis now enjoyed in countries including Greece, Hong Kong, and Ghana and exports booming.

Haggis has risen in global prominence over the past ten years, with the total export value of haggis over the past decade at £8.8 million and a 136% increase in tonnage of haggis shipped across the world.

Appetite for the iconic savoury pudding has spread to 20 countries, including Iceland, Malta, and the Czech Republic. Hong Kong has become the fourth-most popular market for haggis, closely following the Republic of Ireland, Spain and France.

The other stars of the Burns Night plate – neeps and tatties–have also increased in popularity across the globe. Potato exports have increased by 32% over the past ten years to be worth £108 million in 2019 – with the Republic of Ireland, Spain, and Egypt making the top three markets. Turnip exports also increased to a value of £11 million last year.

Burns Night is often also celebrated with a dram of Scotch whisky, which continues to be exported to markets across the world. A burgeoning thirst for Scotch whisky in Asia has seen 23 Asian markets including Taiwan, Singapore, and China grow in the last decade.

“Robert Burns was so enamoured with haggis that he dedicated an entire poem to the delicacy and it’s wonderful that it continues to be enjoyed around the world – more than 200 years later.

“This Burns Night I encourage everyone to sample some haggis and pour a wee dram to celebrate Scotland’s iconic food and drink and growing presence on the world’s culinary stage.”

“The life and work of Robert Burns is rightly celebrated around the world.

“Another Scottish global success story is our iconic food and drink sector and it’s so pleasing to see products such as haggis and whisky enjoying an exports boom. The future is very bright.”

Macsween of Edinburgh, a third-generation haggis making business, has witnessed the world’s change in appetite for the iconic Scottish meat product. In 2018, Macsween began exporting haggis to locations such as Canada and Singapore. It is are now looking to take a bigger bite out of markets in the Middle East and Asia, with a particular focus on the United Arab Emirates and Taiwan.

“Macsween now exports haggis to 7 international markets, and we expect to see that demand continue to grow as more people around the world come to love our traditional Scottish delicacy.

“We are proud to grow through innovation, and are dedicated to introducing our award-winning products to people around the world who are yet to discover haggis.”

In 2018 total exports of UK food and drink reached a record £22.5 billion. As part of the government’s ongoing Food is GREAT campaign, government and British industry are aiming to boost UK trade in food and drink exports and government will continue to work with exporters to help them tap into new markets.