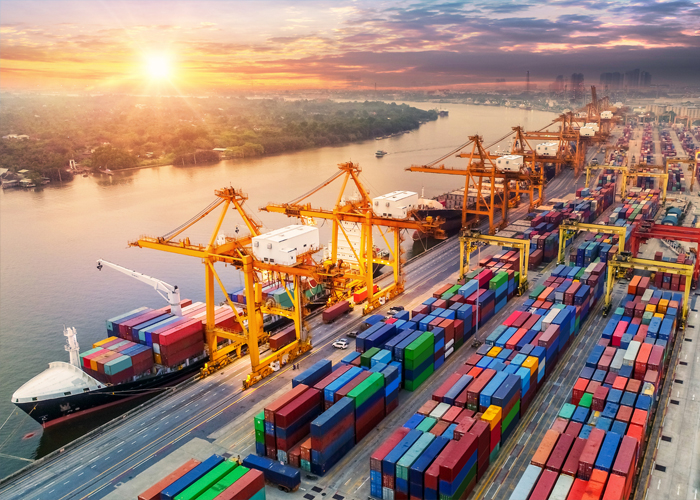 LANDSCAPING companies are calling on the government to intervene and introduce a fair pricing system as the shipping crisis continues to create unprecedented freight costs and leaves firms on a knife edge.

COVID-19 restrictions and Brexit trading conditions have caused a perfect storm in the shipping sector – with worldwide prices rising more than 400% in some instances.

Limitations on containers and restrictions on cargo capacity have resulted in chronic supply chain delays and a desperate shortage of essential materials, and the UK’s Association of Domestic Appliances has reported cost increases of up to 300% since the start of 2020.

Industry-leading manufacturers and retailers have grown increasingly frustrated with the government’s lack of action on the issue – particularly whilst larger shipping carriers continue to rake in a profit.

The expected profits accumulated by the maritime shipping industry for the year of 2021 doubles the total amount of profit made in the past two decades. In 2021, carriers’ EBIT (earnings before interest and taxes) had risen to an astonishing $200 billion. German shipping company Hapag-Lloyd boosted its earnings outlook during 2021 to 12-13 billion USD, while the transport carrier ‘ONE’ – which dominates 6% of the shipping market – upgraded its fiscal year profit to $12 billion.

Alan Lovell, CEO of Bannister Hall, a leading UK landscape industry supplier, said it was “unconscionable” that the nine largest container carriers had tripled their earnings since 2019 whilst small companies struggled, and has since called for the introduction of a fair pricing system.

“Surely now is the time for governments to stop sitting on their hands and to intervene in this economic crisis,” he argued.

“This is a situation incontestably caused by the blatant price gouging of shipping lines. The implementation of a fair price control mechanism could ease world trade back to some degree of normality.”

“While these carriers post record profits in the multi-billions, British manufacturers and retailers are somehow expected to absorb these artificially inflated costs during a pandemic.

“Absorbing increases on this scale in margins will inevitably lead to consumers feeling the impact of such significant price increases.”

Lovell said that Bannister Hall’s import freight costs have increased “astronomically” over the past two years – with the price of transporting the same set of landscape supplies from China rising 450% since January 2020 (£2,000 to £10,500).

“The goods themselves have only fractionally increased, yet the cost of transporting these supplies into the UK has become more expensive than the cost of purchasing them,” says Lovell.

“This situation evidences the lack of alternatives to ocean freight transport. For some companies shipping higher value products by air or train could be a feasible alternative.

“However, capacity by these methods is currently extremely limited for our requirements and these costs are also spiking.”