The Gallery opens its doors at The Chester Hotel 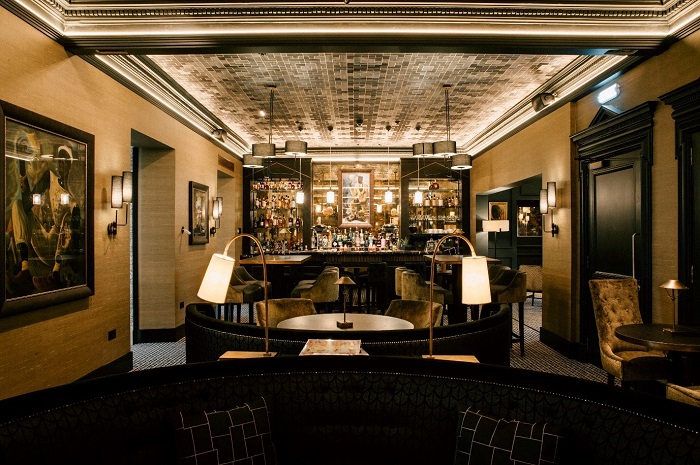 TEN new jobs have been created at The Chester Hotel, which houses one of the country’s largest private collections by the Scottish artist, John Byrne. It spans an impressive 115sqm, with two distinct bar areas and a garden room.

The Gallery is part of a major extension of the four silver star venue in Aberdeen’s west end, with the neighbouring property at 55-57 Queen’s Road now also forming part of the hotel.

Work to increase the capacity of the ballroom to provide one of the biggest hotel event spaces in the city was completed in May, and 21 additional bedrooms and suites will be opened within weeks.

The existing bar operated as normal during the construction. The Chester Hotel owner Graham Wood, said: “The hotel has established itself as one of the most popular venues in Aberdeen with a very loyal and regular clientele. We are delighted to finally be able to reveal what has been taking shape next door and we think that customers old and new will be extremely impressed with the results.

“We wanted to give the bar its own distinct identity and with 11 John Byrne paintings on display – in addition to the many others throughout the hotel – we felt The Gallery was a fitting name for the new venue.”

The Gallery has three distinct zones – the existing bar with its booths and open floor space, a secluded area reminiscent of a traditional cocktail bar, and a glass covered garden room which has been created in a modern-day palm court style.

The bar team has also redesigned the drinks menu to incorporate new bespoke cocktails alongside old favourites. The Gallery serves is own bar food menu which is available daily from breakfast to late evening.

Mr Wood added: “It is very pleasing to see another phase of this redevelopment completed. We are committed to retaining the character of the neighbouring building, and I am pleased to say that the whole project has been completed with minimal intervention and in a way which is entirely sympathetic to the original features and design.

“The Chester Hotel has a reputation for offering the highest standards of guest experience and we firmly believe The Gallery – in addition to the new bedrooms opening next month – will deliver a new level of contemporary luxury for Aberdeen.”