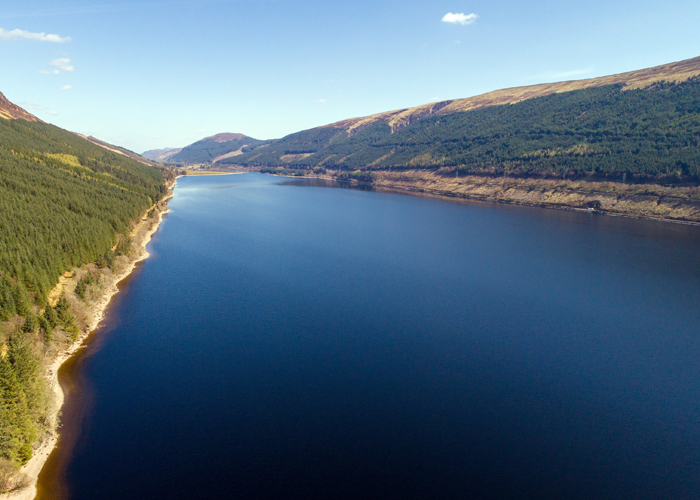 With the right investment signals from UK Government, SSE Renewables’ £1bn+ Coire Glas pumped hydro storage project on the shores of Loch Lochy in the Scottish Highlands could be on track to be built by the end of the decade. Picture source: SSE Renewables

Responding to the energy crisis will require a range of flexible, home-grown, LDES technologies to strengthen the contribution of cheap but variable renewables and deliver enhanced system stability. A recent report by Aurora showed that the UK may need an eight-fold increase in long-duration electricity storage capacity by 2035.

LDES technologies will not only play a major role in significantly reducing the UK’s reliance on imported gas, and supporting the UK Government’s ambitions to supercharge renewables, but they will also deliver massive efficiency gains to the UK grid – helping to lower consumer energy bills.

In 2021, the UK Government initiated a call for evidence looking at how it could address the barriers within the current market to the deployment of large-scale LDES. A policy and market framework that appropriately values LDES technologies is critical to deploying these technologies at levels required to support net zero. A modified Cap and Floor mechanism, based on what was introduced to stimulate investment into interconnectors, could unlock investment into LDES projects.

Pumped storage is the most mature and lowest-cost LDES technology. SSE Renewables’ proposed Coire Glas Pumped Hydro Storage project in the Highlands of Scotland could deliver 1.5GW and 30GWh of long duration storage by 2030.

Coire Glas, located on the shores of Loch Lochy near Invergarry, would be the first large scale pumped storage scheme to be developed in the UK for more than 30 years. It would double the current amount of electricity storage capacity in Great Britain and create energy storage capacity equivalent to powering around 3 million homes for up to 24 hours.

SSE Renewables recently selected STRABAG UK as the preferred tenderer to carry out the exploratory works at the site. These works, scheduled to begin at the Coire Glas site this summer, will provide essential information on the nature of underground conditions at the location which would be used to inform the final design of the project.

“We’re pleased that government has recognised within the Energy Strategy the important role that technologies like pumped storage will play in enabling a net zero electricity system by providing critical flexibility and backup. We recently took a step forward with our Coire Glas pumped hydro scheme project by appointing a preferred tenderer to carry out the initial phase of development work.”

“The next step is for the government to make a decision on policy support following their call for evidence on long-duration energy storage on addressing barriers to LDES deployment. The swift introduction of an adapted Cap and Floor mechanism this year could unlock investment into Coire Glas, which could be operational by the end of the decade. This would create thousands of skilled jobs to support the government’s levelling up agenda and its 2035 decarbonisation commitment. Critically, this would not require taxpayer funding and we stand ready to invest.”

STRABAG UK is a world leader in mining and tunnelling projects and will undertake exploratory works for the Coire Glas pumped storage hydro scheme. The company has extensive experience in complex infrastructure and ground engineering.

For more information on the Coire Glas project visit coireglas.com.