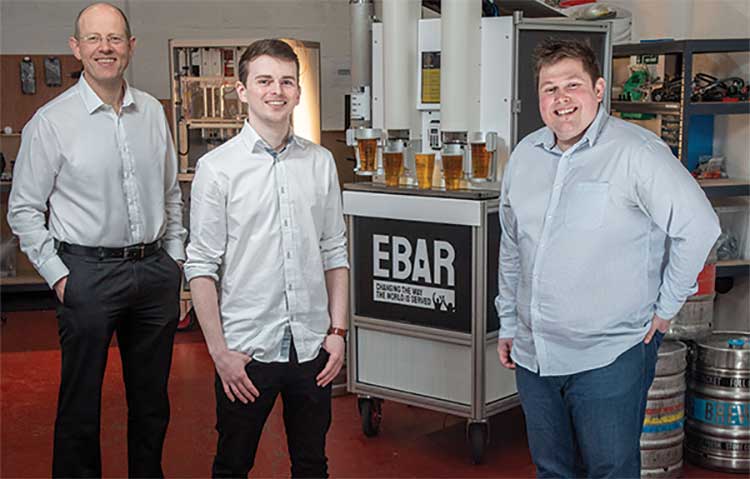 The funds will be used to refine and build the firm’s automated bar kiosk that enables thirsty fans to skip the queues by ordering, paying and dispensing their own beer in less than 30 seconds – significantly faster than a typical event bar.

The campaign is being undertaken through equity crowdfunding platform, Seedrs.

Since the company’s conception two and a half years ago by two MBA graduates from Robert Gordon University, the Bridge of Don company has developed and trialed the EBar at venues including a top flight Premier League stadium and most recently at Twickenham for the Rugby Six Nations.

The idea for the EBar came from keen rugby fan Sam Pettipher after missing a match winning try at a rugby game in 2016. “People don’t go to concerts or sports events to stand in bar queues and miss their event” says Sam, “We’ve launched this crowdfunding campaign to build more EBar units that will help get fans back to the event they came to see. We’d encourage investors who love going to events but hates queuing at the bar to support us on our journey to revolutionise bars at events.”