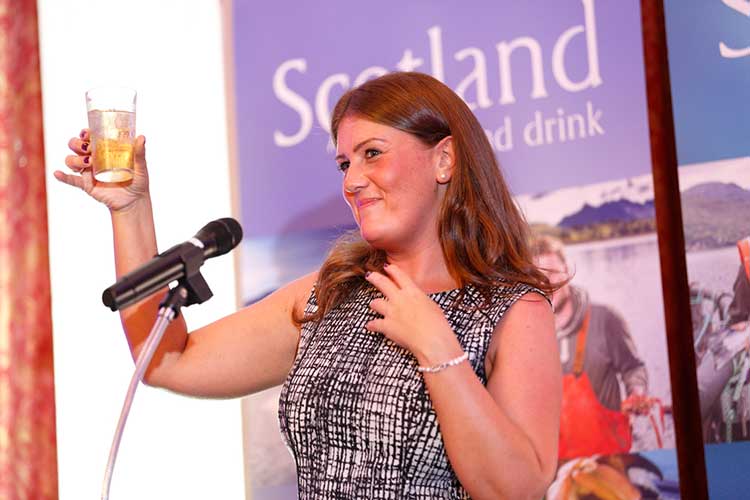 Scottish seafood exports to Japan rose to over 2,630 tonnes last year, up from 598 tonnes in 2017, and a contingent of seafood companies heading East for the Japan Seafood Expo 2019 (21– 23 August) is set to bolster the export trend, with this year’s delegation marking the largest representation yet.

The group of 10 companies in attendance at the show represents a substantial proportion of Scotland’s catch, with two of the companies, JPL Shellfish and Associated Seafoods, attending the show for the first time.

Associated Seafoods brings together two of Scotland’s greatest traditions: the country’s finest salmon and the time-honoured craft of smoking. The company has invested heavily in its factory and people, ensuring these strong traditions continue to evolve and become part of a modern food business. Neil Greig, commercial director at Associated Seafoods, said: “We see Japan as a new and exciting opportunity for Associated Seafoods. We know the Japanese consumer values high quality seafood and we believe our authentic, premium Scottish smoked salmon is ideally placed to be well received by arguably the world’s most discerning seafood consumer.

“We already have a track record of delivering excellent quality and service to a number of leading global retailers and believe Japan represents a major opportunity. The support and guidance we have received from Seafood Scotland in the past in opening new markets has been invaluable and we see them playing an important role as we move forward in Japan.”

The Japan Seafood Expo 2019 will be attended by a host of important international trade buyers from trading companies, wholesalers, distributors, retail and the restaurant trade, who will be among the 35,000 visitors expected at the show.

The Scottish contingent will present Scottish seafood at its best, showcasing a wide range of Scottish species and techniques, such as Scottish smoked and fresh salmon, haddock, mackerel, herring, crab, lobster and langoustine.

As one of the largest consumers of seafood in the world, Japan is a key market for producers from Scotland, with a growing demand for high-quality, sustainable seafood in volume. By coming together as a delegation, the companies ensure that ‘buying Scottish’ is a prominent message, reaching those that influence eating and buying habits across the Asia region.

The Japan export support programme delivered by Seafood Scotland and Scottish Development International has made a significant difference by educating trade buyers and maximising opportunities for new species through trade engagement activities such as the Japan Seafood Expo.

Natalie Bell, Head of Trade Marketing Asia, Europe and Middle East at Seafood Scotland, commented: “Asia, and in particular Japan, is one of the largest consumers of seafood in the world. Their desire for Scottish seafood is on the increase, mirroring their appetite for high quality, sustainable and traceable products. The Japanese culture values prestige, reputation and respect above all else, with consumers aligning themselves with products and organisations that embody these values – the Scottish seafood story is the perfect fit. It is a traditional market, so our continued work here is imperative. Our aim is to continue to help Scotland grow in Japan, and the Japan Seafood Show provides a fantastic platform for this. It offers our most ambitious exporters the opportunity to take advantage of and make the all-important connections with buyers across the region.”

Scottish chef Scott Lyall will also be joining the delegation to prepare and showcase the versatility of Scottish products, fresh from the Seafood from Scotland stand. He will demonstrate how Scottish seafood can be used for more traditional Japanese cuisine and offer tasters to attendees.

In addition to attending the Expo, the Scottish contingent is hosting a ‘Taste of Scotland’ Seafood reception at the Ambassador’s Residence in the British Embassy, to form new ties with buyers and chefs that might include Scottish seafood on their menus.

JPL Shellfish, which also joins Seafood Scotland’s presence at the Japanese Seafood Show for the first time, exports fresh Scottish fish and live shellfish across the world from its EC approved premises at Scrabster Harbour, one of Scotland’s busiest fishing ports.

John Paul Thomson, sales manager at JPL Shellfish, said: “Scottish fish and shellfish is renowned as some of the best in the world for both quality and flavour, with many trade buyers now applying a greater emphasis on locally sourced, top quality produce. We source a wide range of our seafood from local boats or direct from fishermen all over the far North of Scotland. All our shellfish is caught using sustainable methods which help maintain a healthy marine environment. These are key attributes sought out by buyers in Japan which stand us in good stead for this market. We’re always looking to explore new business overseas and the show is an excellent opportunity to do just this.”