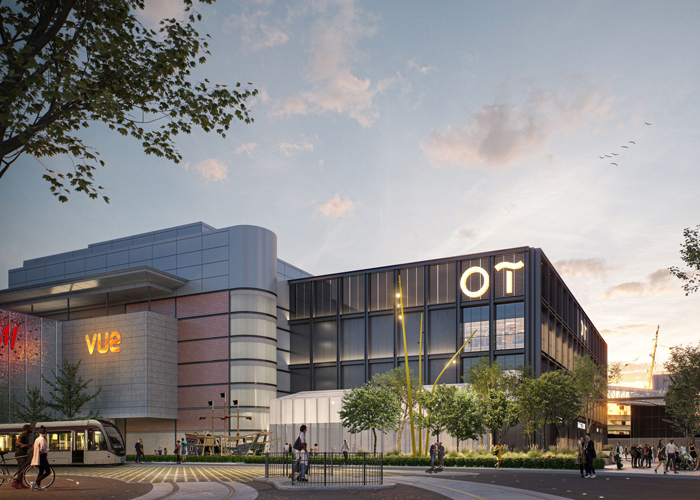 The proposed reconfiguration of Ocean Terminal

THE £100m masterplan to transform Ocean Terminal in Leith has passed another significant milestone with the approval of a detailed phase one planning application by City of Edinburgh Council.

The plans, approved by the Council on Wednesday 21 September, enable the first phase of the 20-year-old shopping centre’s transformation, opening up the Leith waterfront and creating a new community-led complex which prioritises the people who live and work in the area.

The consented plans were lodged in March this year by the centre’s Scottish owners, Ambassador Group, following extensive consultation, including two public exhibitions, which have shown strong support for the new vision for the area. Under the approved scheme, the north end of the existing centre will be demolished and a new frontage constructed, with retail and hospitality units looking out on to new public realm.

Detailed plans for phase two, the construction of a mixed-use development comprising a range of housing, commercial units and public realm with a new walkway and cycle tracks along the water line, can now be finalised for submission to the Council this winter.

“This is another great milestone for the project. We are delighted that City of Edinburgh Council has supported our plans to reconfigure Ocean Terminal, enabling us to continue to shape the transformation of the centre and its important waterfront location.”

“We are consulting widely to secure Ocean Terminal’s future resilience and sustainability and even against a backdrop of continuing change within the retail and hospitality sectors, we have been encouraged by an overwhelmingly positive reception to our vision for a centre that meets the needs of the local community. This is particularly reflected in tenant lease extensions, alongside the confirmation of new and long-term tenancies within the centre.”

“With phase one approved, we now look forward to finalising details for phase two before submitting these plans to the Council later in the year.”