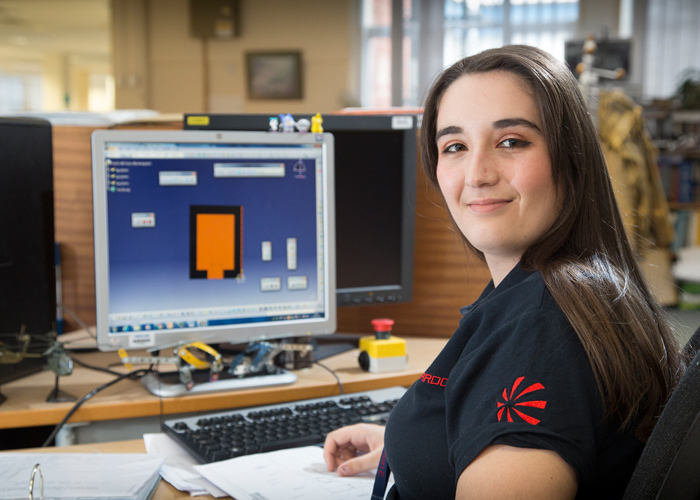 BUILDING on the success of the first scheme launched in 2020, aerospace engineering company Leonardo has launched its second STEM Returners programme in Edinburgh to help engineers return to work after a career break.

The new 12-week programme in Leonardo’s UK electronics business will include roles of Mechanical Engineer, Laser/Optical Engineer and software developer.

Rachel Ruxton, Head of Inclusion and Diversity at Leonardo said: “Applying for a new role after a career break can be daunting, and it’s tough to find opportunities that work for you, your circumstances and your experience. At Leonardo, we value the individual and the experience they can bring, not only from their past professional career, but also in terms of the transferrable skills they’ve gathered through their life experiences. It’s these experiences that help us to think and work more inclusively. STEM Returners is a fantastic partner for Leonardo, ensuring we continue to bring skilled talent to our business.”

As an organisation, STEM Returners has won multiple awards for their diversity and inclusion and the scheme’s launch coincides with the results of their annual survey, which asked a range of questions to more than 1,000 STEM professionals on a career break to understand their experiences of trying to gain employment.

Published on International Women in Engineering Day (23 June), the STEM Returners Index showed that bias in the recruitment process prevents engineers from returning to employment after a career break.

Nearly a third (29%) of women said they feel they have personally experienced bias in recruitment processes due to their gender compared to 7% of men. Despite 39% of females wanting to return to work due to children now being of school age (vs 8% of males), 40% of females still feel childcare responsibilities are a barrier to returning to employment due to lack of flexibility offered by employers.

In the survey, men (46%) were more likely to be victim of bias because of their age compared to women (38%). Bias also appears to become more prevalent with age, with more than half of over 55’s saying they have experienced personal bias, compared to as low as 23% in younger age groups, according to the survey.

The Index also asked returners about the impact of Covid on their experience. More than (34%) said the pandemic made it more difficult for them to get back to work than it would have been previously.

For many people, Covid was the catalyst for a career break they might not have taken otherwise. 36% said Covid was a factor in their decision to take a career break. According to the results, redundancy was also given as the reason for career breaks (20% in 2022 vs 17% in 2021).

Natalie Desty, Director of STEM Returners, said: “We are delighted to be continuing our strong partnership with Leonardo to return highly skilled people back into the industry they love and we are very proud to launch this new programme at the same time as we release the results of our annual survey.”

“However, it’s disappointing to see that 66% of STEM professionals on a career break are finding the process of attempting to return to work either difficult or very difficult and that nearly half (46%) of participants said they felt bias because of a lack of recent experience.”

“We need to do more to challenge unconscious bias, which prevents so many highly skilled and talented people from returning to work.”

“Industry leaders need to do more to improve diversity and inclusion across the industry, just like Leonardo are doing.  Only by working together to create a supportive and inclusive environment where returners can really thrive, will we deal with the well-known skills shortage in the UK engineering industry.”

The fully paid placements aim to return or transfer experienced engineers back into industry following a career break, allowing candidates to be reintegrated into an inclusive environment.

Whilst the scheme helps solve the problem of sourcing talent in sectors that need it, it also has the added benefit of increasing diversity in a host organisation.

The Index revealed that the pool of STEM professionals attempting to return to industry is significantly more diverse than the average STEM organisation.

STEM Returners has helped more than 260 engineers across the UK since it began in 2017.