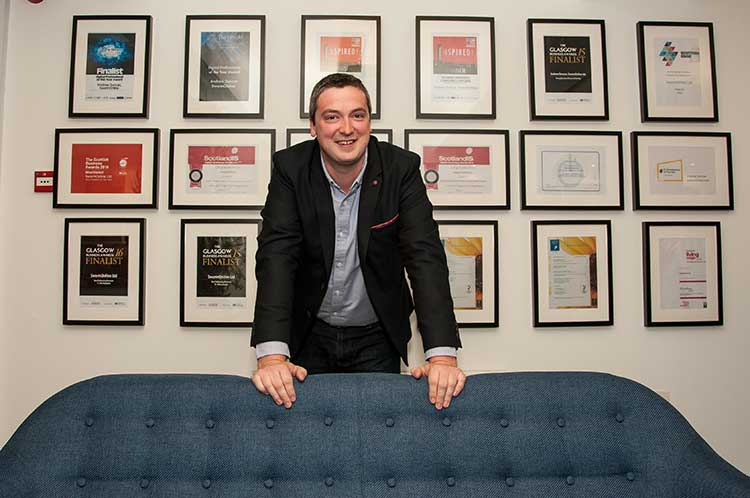 Glasgow-based fintech, Soar, has moved its operation to the centre of Glasgow as part of its expansion plans.

The company provides banking technology to credit unions and other not-for-profit banking organisations, and was founded by tech entrepreneur Andrew Duncan in 2017.

Soar is currently based at Pacific Quay, but is now taking two floors of an office at 6-8 Gordon Street. Mr Duncan believes it is an important step for the business: “This move not only gives us an extra 1,000 sq ft of space as we grow, but actually cuts our costs as well. These factors, allied to easier access to the city’s professional services community and quicker transport links to Edinburgh, made it an easy decision to make.”

As part of the move all SwarmOnline staff will now transfer to work out of the Edinburgh office with Soar solely based in Glasgow. Mr Duncan added: “The move has been welcomed by the team as it means better public transport links and recreational opportunities on our doorstep. The culture of my businesses is important to me and we felt a bit out on a limb at Pacific Quay. Some of the team were limited with transport options, but I think we’ve got it just right with our move to the city centre.”

In the last month Soar has won the Rising Star and Social Impact categories at the Scottish Financial Technology Awards and Andrew Duncan took the Scale up Entrepreneur of the Year title at the Great British Entrepreneur Regional Final. He now goes forward to the national finals in London in November.

Earlier this year Soar was awarded a research and development grant of £450,000 from Scottish Enterprise to help it expand into international markets and to grow its headcount. Soar also won £75,000 from Scottish Edge – the UK’s largest business funding competition -and Mr Duncan believes the relocation will be an important factor in helping attract new talent into the business.

Soar has taken a five-year lease at the new office and staff will relocate from Monday 7 October.