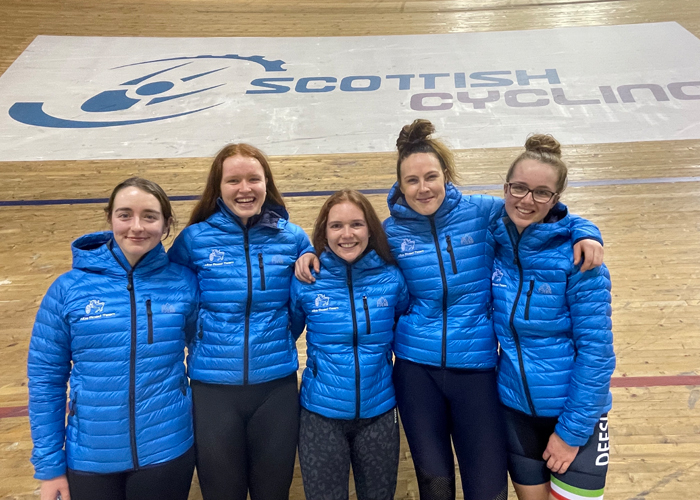 SCOTLAND has a new all-female elite cycling team – with the sole aim of providing a platform for progression within the sport.

The Alba Development Road Team is aiming to help female talent realise their dreams of competing against the world’s top riders in the biggest races. And thanks to financial backing from several international organisations all athletes are being provided with a bike, individual development plan, riding kit and full race programme to help achieve optimum performance.

Thanks to sponsors, Alba DRT riders will be able to take on the UK and Europe’s top talent without having to fund themselves, something the team feels is crucial to being successful. Backers include companies from across Scotland and UK, and while many boast an international footprint, all have the same elite performance, growth and inclusive mindset.

Alba DRT Performance Director and Team Manager Bob Lyons said: “The creation of this team is about more than just wearing the same colours and achieving race results. It’s about giving female riders who have demonstrated clear potential to progress in the sport, regardless of current experience or age, the tools and platform to succeed and helping them as much as possible.

“Natural talent, commitment and focus is what should set people apart, not whether they can afford to race or not. That is why it’s important to us that all they have to concentrate on is their performance.

“The opportunity to grab the attention of young female cyclists just now should not be underestimated. If we can show them there is a pathway to success at a national and international level, and use the talented team we have as the catalyst for that, then this approach will benefit individuals and the sport.”

David Somerville, Head of Performance and Coaching at Scottish Cycling, said: “We are delighted to the see the establishment of a women’s development road team based in Scotland. We are confident the intention behind Alba Development Road Team and the expertise of their staff will lead to valuable development opportunities for female Scottish bike riders.

“We are looking forward to working in partnership with Bob and the rest of the team to maximise rider development and capture learnings from for the team’s debut season.”

The team will compete in the Scottish National Track Championships at the Sir Chris Hoy Velodrome in January, as well as the 2022 HSBC UK National Track Championships later in the month. The riders will then take part in the UK National road series (road and circuit), the Tour Series, and select European stage races. It is envisaged the race programme will present riders with opportunities to ultimately progress to UCI Continental or World Tour Teams.

Bob added: “The debut line-up for Alba DRT is full of some fantastic talent, and we are looking forward to seeing everyone in action when the season gets under way. This is an exciting time for Scottish cycling, and one we are delighted to be a part of.”