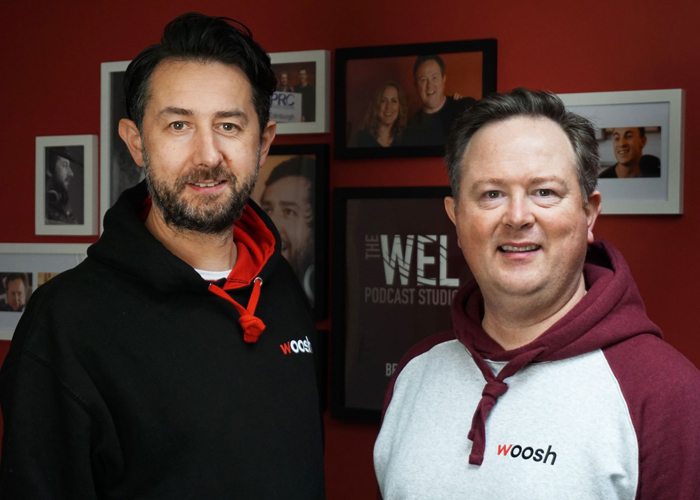 FROM running mobile discos to working at the Olympics, there’s hardly been a dull moment since Graeme and Keith Easton went into business 30 years ago.

Throw in the Commonwealth Games, Euro 2020 and rugby’s Six Nations and it’s been an exciting journey for the Edinburgh brothers since taking their first tentative steps into the events industry.

The siblings started out as a mobile disco company, then progressed to playing floor-fillers in city centre nightclubs. As with any business keen to engage with the latest trends, they have moved with the times and can now list event management, sports presentation, show calling, live streaming and podcasting on their CVs.

Major sports events have featured heavily in their schedules in recent years with the London Olympics and Euro 2020 among the highlights.

So what is their secret?

“We haven’t had many arguments over the years and have always worked well together,” said Graeme.

“We complement each other and we’re grateful for that. We’re very proud of the fact we’re still involved in the industry after 30 years. It’s funny to think that all that time ago we were playing tunes at The Ark in Fountainbridge on Fridays from 5pm. It was £1 a drink until 10pm – such good fun with a brilliant atmosphere.

“We have tried to be as proactive as we can over the years and work hard on maintaining good relationships with people and event organisers. Hopefully as well as doing a good job, people like us as people as we have always felt it very important to conduct ourselves properly.”

Graeme, 51, is the stadium announcer at Hampden Park, while younger brother Keith directs operations in the background to try to ensure supporters have the best possible experience.

“It’s very much like putting a TV show together and things are literally timed to the second. At Hampden Park for example, we follow a very tight schedule to dovetail with not only the broadcasters’ requirements but also the spectators’ needs in the stadium.

“In recent times, we were privileged to be at Hampden to work at the Euros. There were only around 12,000 Scotland fans in for the opener against the Czech Republic but it was the first time ‘Yes Sir, I Can Boogie’ had been heard in a public arena since the squad adopted the song as its anthem if you like. Hearing the fans sing along was a great moment.

“We really enjoy the buzz of a good job well done – hopefully the players and fans get as much of a buzz as we do.

“Listening to Hibs fans singing ‘Sunshine on Leith’ after they won the 2016 Scottish Cup was certainly memorable as there’s no doubt that song is such a great football anthem. And the recent World Cup qualifier against Denmark at Hampden was another special moment.

“Working at the beach volleyball at the London Olympics was also another huge privilege and a fantastic spectacle, as was the Commonwealth Games in Glasgow and the Homeless World Cup.

“There is an array of people working behind the scenes at these major events to make it all happen and it’s just great to have been part of so many special occasions.”

Keith’s production skills have also seen him involved in some of the highest profile events to be staged in Edinburgh in recent years, most notably the visits of Barack and Michele Obama for charity dinners.

Part of the company’s diversification was a move into podcasting with the launch of The Wel Podcast Studio in Edinburgh, while live streaming with the likes of record-breaking endurance cyclist Mark Beaumont saw further business development.

“Sports presentation is constantly evolving as well as people’s musical tastes changing. But who would have thought a 70s disco anthem would be one of the most popular songs in Scottish football! We just need to remain proactive, diversify where we can and keep a few plates spinning.”