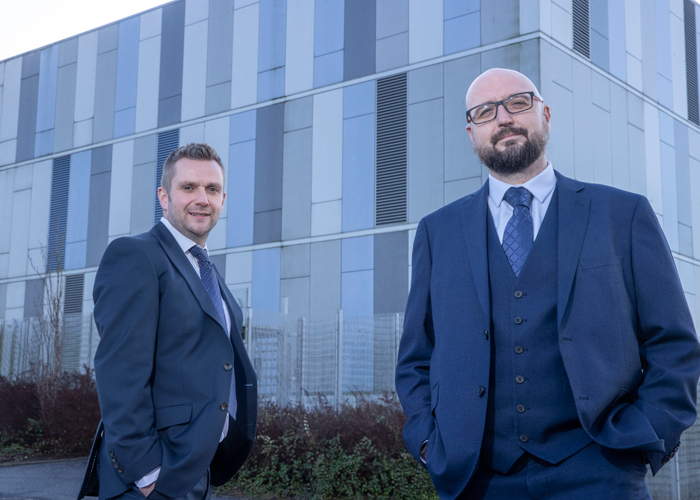 DATAVITA – Scotland’s largest data centre and multi-cloud services provider – has made two senior appointments to its team, as it plans for the next phase of its growth.

Brian Wands has been named DataVita’s new chief technology officer (CTO), while Raymond Setchfield has been recruited as the company’s new head of technical services.

Previously head of IT infrastructure, Brian will lead on DataVita’s technology strategy and grow its offering to customers. Prior to joining DataVita, Brian spent more than 10 years at BAE Regional Aircraft, latterly as head of IT, and held IT roles with Harper Macleod, McGrigors – now Pinsent Masons – and North Lanarkshire Council.

Raymond has joined DataVita from Insights, where he was a security architect. He has more than two decades’ experience in the IT industry working across a range of areas including server hosting and virtualisation technologies, and previously held roles with Sky, Cigna, and Kinly.

Brian and Raymond’s appointments follow a strong year for DataVita. In July 2021 the company reported its revenues had more than doubled on the back of a number of new public and private sector contract wins across its mix of cloud, connectivity, co-location, and managed IT services.

DataVita also announced the acquisition of the Fortis Data Centre in Bellshill, supporting its growth as well as boosting the flexibility and scope of its services. The company plans to enhance the facility’s sustainability by taking it off-grid, generating electricity from wind and battery-powered back-up systems.

Danny Quinn, managing director at DataVita, said: “The last 18 months have been an important phase of our growth. Brian and Raymond will play a key role in engaging with current and future customers, supporting them with their IT and technology strategies and use of hybrid and multi-cloud services.”

Brian Wands added: “DataVita has grown significantly over the last 18 months and, in my new role, I look forward to supporting our customers with their technology strategies, making sure our services are the highest quality they can be, while also broadening our offering to help new and existing clients get the most out of their IT.”

Raymond Setchfield commented: “DataVita is an ambitious company with plans for significant growth over the next year and beyond. I’m excited to have joined and be playing a role in helping the company reach the next level.”