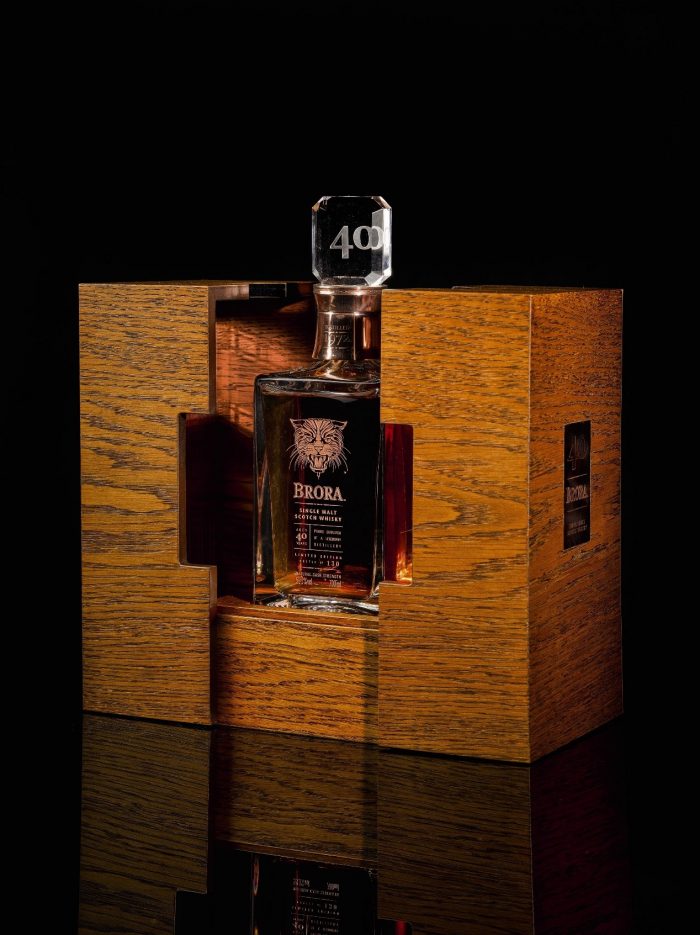 One of the world’s rarest and most collectible whiskies sells for £54,450

A RARE bottle of single malt Scotch whisky from the closed distillery of Brora was sold for £54,450 – the highest price ever paid for a single bottle from the distillery.

Celebrating its 200th anniversary this year, Brora was closed in 1983 but is set to reopen next year after a meticulous brick-by-brick restoration over three years.  Whisky distilled before Brora’s closure is often highly prized by global collectors and aficionados where bottles are reaching top prices at auctions around the world.

When released in 2014, the record-breaking Brora 40 Year old 1972 Vintage was one of just 160 bottles from the distillery, its rarest and oldest ever release, priced at £6,995. The whisky is presented in a crystal decanter and housed in a handcrafted wooden case created by the Queen’s cabinet makers at N.E.J Stevenson Ltd.

The whisky was sold to an unknown bidder at Sotheby’s “The Ultimate Whisky Collection” Auction in London on 24rd October. Also included in the auction was a full set of Brora Annual Releases which as a whole reached another significant £30,129.

Another Brora 40 Year Old was released this year, to celebrate its 200th anniversary: a 1978 vintage limited edition of just 1819 bottles and available at global whisky specialists at the RRSP of £4,500.

Sotheby’s Whisky Expert Jonny Fowle comments: “This was one of the highlights sold in the Sotheby’s auction – the largest single collector whisky auction ever. With the 200th anniversary of Brora celebrated this year, and the distillery’s opening next year, I have seen significant interest in Brora from collectors around the world as we look ahead to an exciting time for the distillery.”

James Mackay, Head of Rare & Collectible Spirits at Diageo, (the owner of Brora) comments: “For many, Brora is considered a masterpiece of the whisky world due to the quality of its liquid and its extremely rare status. The distillery will enter a new era from next year when Brora’s historic stills will once again create spirit.”