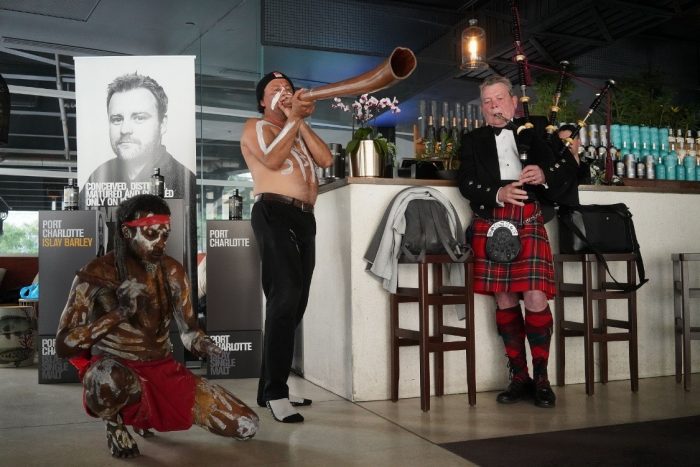 From the highlands to down-under

A BAGPIPER and didgeridoo player combined to create a unique musical partnership at a special event promoting Scotland in Australia this week, as new research reveals the number of visits from ‘down under’ reached record levels last year.

Tour operators and businesses got a taste of Scotland at the exclusive networking event which was held in Sydney, and organised by VisitScotland and Scottish Development International.

British High Commissioner to Australia Vicki Treadell attended the event which coincides with the largest ever staging of the Royal Edinburgh Military Tattoo in the New South Wales capital this week. The spectacle will feature more than 1,500 of the world’s finest pipers, drummers, dancers, military musicians and performers.

Australia continues to be a strong inbound market for Scotland – the sixth largest market in terms of visitors and fourth in terms of expenditure.

Australians’ top three Scottish destinations remain Edinburgh and the Lothians, Greater Glasgow and the Clyde Valley, and the Highlands and Islands.

Most Australian visits occur from July to September and are predominately made by holidaymakers (53%), although visiting friends and relatives also makes up a large proportion (43%) of trips, with 68% of visitors from Australia claiming to have a connection to Scotland.

Malcolm Roughead, Chief Executive of VisitScotland, said: “Australia remains an important market for Scotland which is reflected in the growth in visitor numbers and spend in recent years. With the Year of Scotland in Australia 2020 on the horizon, there will be further opportunities for Scottish tourism to engage and promote the already strong ties between the countries and encourage visitors to make their next trip to Scotland.”