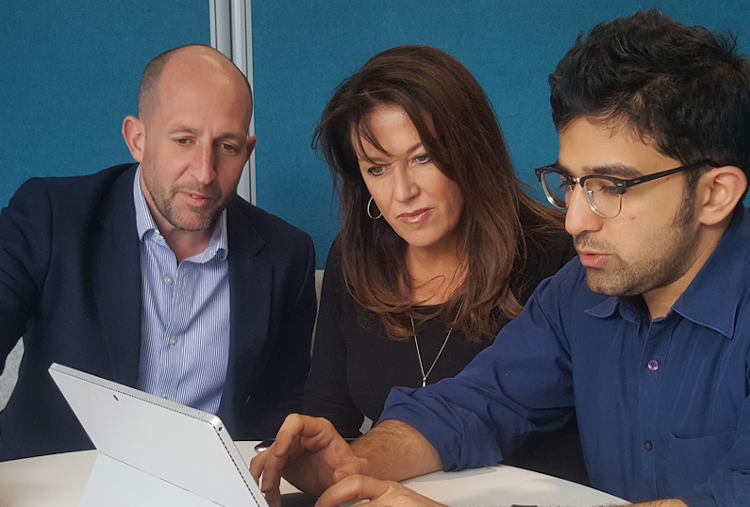 GLASGOW-based proptech company arbnco has been named as the fastest-growing Scottish company in Britain’s Top 100 Fastest-Growing Businesses in 2019. It was one of only two Scottish companies to make the list.

Arbnco ranked 46th in the list, with its 2019 business valuation jumping 12.4 times higher than in 2016. Aberdeen-based SPEX Group placed 89th.

The study was put together by online investment platform Syndicate Room. Now in its third year, the study features a ranking of private UK companies that have most increased in value since 2016. SyndicateRoom commissioned new data from independent research firm Beauhurst for the report.

Arbnco was named in the list alongside some of the UK’s most well-known brands, including Revolut, Monzo and The Hut Group. Renewable energy provider Bulb won the top spot having increased its value 318 times since 2016, demonstrating that green businesses are on the rise.

Arbnco was founded in 2015 by entrepreneurs Maureen Eisbrenner and Simon West. In the last three years, it has grown from a team of five to 37, and now has offices in California and Michigan, alongside its HQ on George Street in Glasgow.

The company is backed by Deepbridge Capital and its industry partners include Nuveen Real Estate and Mitsubishi Electric R&D Centre Europe BV (MERCE-UK). It has collaborated with the world-renowned Energy Systems Research Unit at the University of Strathclyde on two Knowledge Transfer Partnerships funded by Innovate UK. The projects seek to help organisations address universal issues within the built environment and provide software solutions and strategies to reach net-zero targets.

“We are proud to have been recognised as Scotland’s fastest-growing organisation. Glasgow is our home, and the access to research, talent, and funding here has helped to rapidly propel us.

“2020 is set to be another huge year for us, as we continue our mission to improve the energy and environmental performance of organisations and help reach net-zero targets.”

“This research we’ve carried out for SyndicateRoom identifies a uniquely exciting cohort. These are businesses that have raised multiple rounds of investment and at increasing valuations: these businesses are achieving their ambitions to an extent that their investors are willing to pay a lot more for a stake in them.”

This was arbnco’s second accolade this week, after also gaining recognition as a Living Wage employer and receiving accreditation from Living Wage Scotland.

The full report for Britain’s Top 100 fastest-growing businesses can be viewed here: