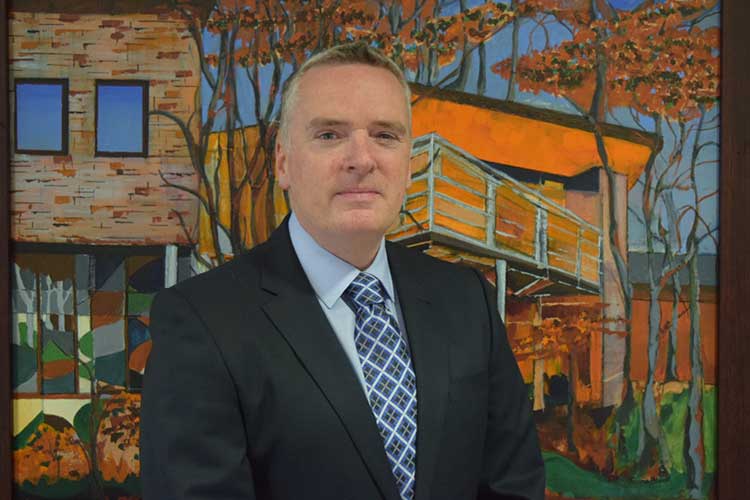 Trade body SELECT has named a new Head of Membership and Communications and announced several other key appointments as part of its continuing drive to serve the electrical industry across Scotland.

Former newspaperman Iain Mason will be based out of SELECT’s head office at The Walled Garden on the outskirts of Edinburgh, working across the association’s operations throughout the country. He joined SELECT on July 16 from Paisley-based creative agency Connect Communications, where he previously worked closely with SELECT as editor of its magazine.

Mason takes over as Head of Membership and Communications from Alan Wilson, who earlier this year stepped up to become Managing Director of SELECT. The organisation was first set up in 1900 as the Electrical Contractors’ Association of Scotland, and was the first trade association in the world specifically founded to represent the electrical industry.

“I am delighted to join SELECT at such an important time in its long and distinguished history,” Iain said.

“The ongoing issues of payments and regulation are vital for the electrical industry, and ones in which SELECT are closely involved. Protection of Title is an issue that SELECT is particularly committed to, and I’m looking forward to spreading the word about the vital work SELECT is doing to raise the bar of electricians’ status across Scotland.”

During his time as Senior Account Manager at Connect, Mason worked closely with SELECT to develop a range of communications. As well as editing CABLEtalk magazine, he oversaw the ongoing development of SELECT’s print and digital collateral, and helped create an animation outlining the journey of an electrician.

Before working at Connect, Mason was a journalist at The Sun in London and The Scottish News of the World, where he rose to become Deputy Editor.

Alan Wilson said he was delighted to welcome him to SELECT.

“Having worked closely together for the past two-and-a-half years, I have come to value his enthusiasm, ideas and attention to detail, and more importantly, his understanding of the industry and the many challenges we all face,” Alan said.

“This is a crucial time for SELECT and its members and I know Iain will help us take our membership and communications to the next level.”

Mason’s is the latest in a series of appointments at SELECT during the past couple of months. Teresa McDermott has been recruited as Membership and Communications Administrator, while Neil Sim is SELECT’s new dedicated Technical Advisor for the North of Scotland, based in Aberdeen.

Meanwhile, Emma Paterson has also joined the membership team as Membership Representative for Inverness and the North of Scotland.

SELECT aims to deliver the highest standards of professionalism and workmanship across the industry. SELECT’s 1250 member companies account for around 90 per cent of all electrical installation work carried out in Scotland and provide employment for 15,000 people.