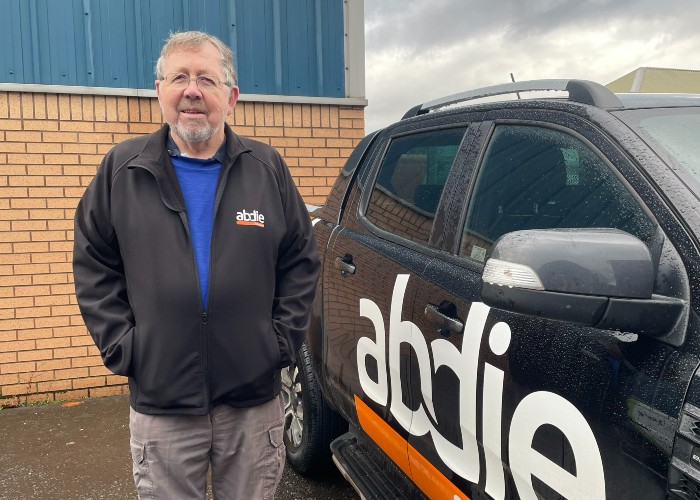 AFTER an unparalleled career in bulk handling and control systems spanning more than 50 years, Roger Horner is retiring from Abdie Solutions.

Roger founded Abdie Solutions in 2011 in response to the demand for his extensive industry know-how and has been at the helm ever since, steering the company to success, with growth year on year from very humble beginnings.

The Perth-based company has secured a reputation as an industry leader in bulk materials handling and storage, with an annual turnover in excess of £1 million. The business has also been instrumental in the conception and installation of many revolutionary engineering projects, including renovating one of the last malt spreaders in Scotland and increasing the size of access hatches on washbacks to allow modern rescue equipment to fit in through the door.

Roger Horner, Director at Abdie Solutions, said: “I’ve had a tremendous career. One that’s taken me all over the world and allowed me the opportunity to work with some wonderful people. Leaving Abdie Solutions in the capable hands of Stewart and the team, I’m looking forward to spending some quality time with family and more time sailing.”

Appointed as director in 2016, Stewart has had a pivotal role in the business’ recent success and will lead the business going forward.

Stewart Todd, Director at Abdie Solutions, said: “Roger has unrivalled knowledge in a wide range of specialities including material conveying, silos, cleaners, mills and grain driers. In 1984 he wrote the instruction booklet for a grain drier still widely used across the UK and further a field to this day.”

“Although we’ll miss Roger sorely, the next few years are looking incredibly exciting for Abdie Solutions. We’re currently working on phase two of a significant expansion project for Glenmorangie. We’re in the process of implementing a draff handling system for the largest anaerobic digestion company in Scotland that’ll see waste turned into energy. And recruitment is high on the agenda again as we look to add to the team within the coming months.”

“I’m sure Roger won’t be a stranger to us. There is no-one else that has the knowledge he has and it would be crazy of us to not tap into that from time to time when required.”

Work begins on the new David Lloyd Edinburgh Shawfair ahead