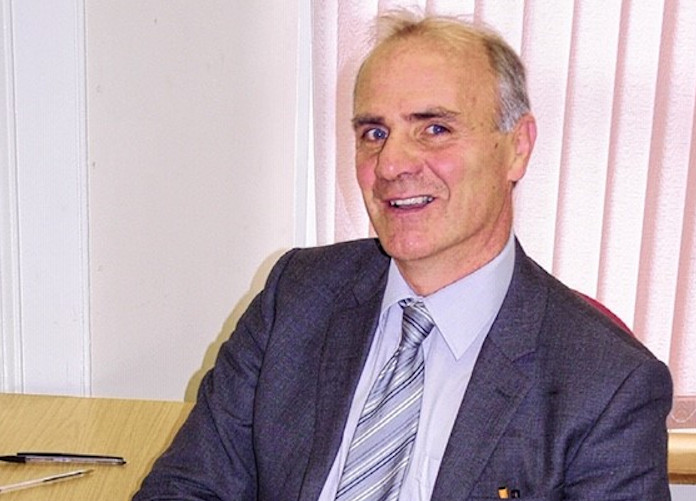 IAIN Grant, a long-serving reporter serving the North of Scotland as both a freelance correspondent as well as Editor of the Caithness Courier and John O’Groat Journal, is to receive this year’s Barron Trophy, which recognises lifetime achievement in journalism in the Highlands and Islands.

Iain will be presented with the award at the annual Highlands and Islands Press Ball and Media Awards, being held at the Kingsmills Hotel, Inverness, on Friday 7 February.

Iain, who lives in Thurso and is still actively working as a freelance journalist, is married to Jane and they have three grown-up children.

He was born in Renfrewshire and moved, at the age of 13, to Armadale, North Sutherland, where his late father John was a GP. A former pupil of Thurso High School, Iain is also a social science graduate of Edinburgh University.

On entering journalism, he had spells as both a senior reporter and editor at the John O’Groat Journal and Caithness Courier but is best known for his many years of service as a freelance, notably for the Press and Journal, as well as for other dailies and for broadcasters.

In his nomination, Alan Hendry, Interim Content Editor of the John O’Groat Journal and Caithness Courier, described Iain as a complete all-rounder – covering a wide range of news, human interest, and sporting stories “with total professionalism”.

Alan said: “Iain has an insatiable appetite for news and a well-honed ability to get to grips with complex issues – none more so than when he was covering events involving the Dounreay nuclear plant during the most turbulent and controversial period in its history. Iain adopted a scrupulously fair and balanced approach to every headline-grabbing development in each nuclear saga.

“Over the years Iain has built up an impressive list of contacts who know he can be trusted. It has frequently meant he has had a head start when an emergency has occurred, allowing him to drop everything and get to the scene of the unfolding drama well ahead of anyone else.

“His commitment to journalism is matched only by his love of sport – rugby and football in particular, both in a playing capacity and in coaching.”

Gordon Fyfe, Chairman of the Highlands and Islands Media Awards Judging Panel, added: “Iain is a most worthy winner of our prestigious trophy for a lifetime of service in journalism in the North of Scotland.

“He is a well-respected news gatherer, known for the accuracy and quality of his reports and broadcasts. He has also made his mark on the Caithness community with his volunteering endeavours.

“I know just how much time he has devoted to playing, coaching and organising football and rugby in Caithness.”