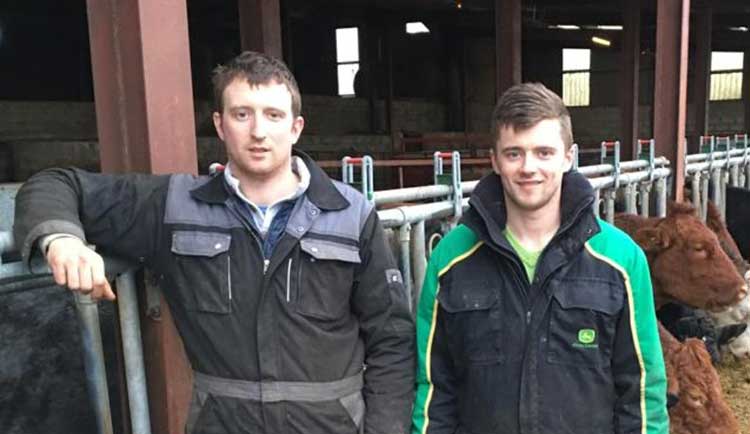 HSBC UK has provided a trio of funding deals worth around £3 million to young Scottish farmers, allowing them to buy farms, make key initial investments in machinery and expand livestock numbers.

HSBC UK enabled William Mathers and Sons to purchase their 537-acre farm from the Tillypronie Estate in Aberdeenshire, at a significant tenants’ discount with a seven-figure loan.

Succession is a key issue facing farming communities throughout the UK so with one generation of the Mathers family approaching retirement, and the next keen to take on ownership, the banks support also provided a cash pay-out to the retiring partners to exit the partnership.

In addition, Morayshire brothers Craig and Jack Hendry, who are well-known in the young farming community, have purchased Craibstone Farm near Deskford using a six-figure loan from HSBC UK. Keen to establish their own farming business, the farm purchase follows a successful application for a New Entrants Grant from the Scottish Government in 2017.

Craig Hendry said: “We are absolutely thrilled to have been able to work with HSBC UK to purchase our farm. We’ve since been able to establish a suckler cow herd on the farm, in addition to growing malting barley.”

Finally, Stuart Munro and his partner Louise Joiner have also been supported by HSBC UK, in their purchase of Mossend Farm near Peterhead, with a six-figure loan. Along with a successful New Entrants Grant, the financial backing from the Bank has allowed the couple to establish a herd of stabilizer cattle, with the couple now looking to build new shed facilities on the farm.

John Laughton, Agriculture Relationship Director, HSBC UK, said: “With more than 40 years’ experience in agriculture, we’re passionate about supporting the next generation of farmers and are pleased to be in a position to help young farmers in Scotland achieve their ambitions and grow what is a vital industry for the Scottish Highlands and national economy.”