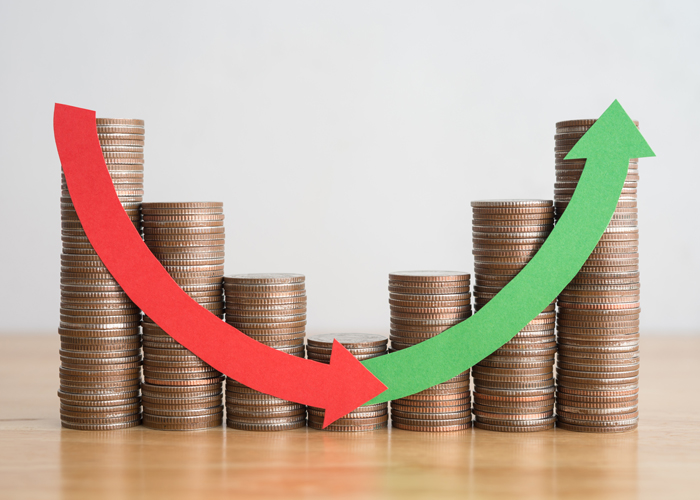 The largest downward contribution to the change in the CPI annual inflation rate between November and December 2022 came from transport (particularly motor fuels), clothing and footwear, and recreation and culture, while rising prices in restaurants and hotels, and food and non-alcoholic beverages made the largest partially offsetting upward contributions.

Core inflation (excluding food, energy, alcohol and tobacco) for December stayed at an annual 6.3%, unchanged from November and slightly above analyst expectations of 6.2%.

“Another slowing in annual inflation – the second since October’s peak of 11.1% – will add to the newfound sense of optimism in the UK economy, triggered by last week’s surprisingly positive monthly GDP growth data. But these are fairly marginal decelerations in prices, inflation remains elevated and together with likely negative annual GDP growth in 2023 this remains a risk for both markets and households. The Bank of England will welcome softening inflation but for its rate-setters the receding of price pressures has some way to go before they take the foot off the rates pedal, and particularly if growth continues to surprise on the upside and if growing wage demands prove successful.

“High frequency data show the energy effect has further to go: wholesale one-month ahead natural gas prices have now fallen to below the pre-Russian invasion of Ukraine level and are down 10% so far in January. Petrol prices are also declining, with the latest price of unleaded petrol on 9 January at £1.50, down from £1.52 at the end of 2022 and a peak of £1.92 last summer. Expect lower energy prices to exert downward pressure on inflation, at least in next month or two.

“Looking beyond the near term, slowing economic growth, along with higher taxes, rising mortgage rates and less government support on energy prices next year is likely to be a drag on real household take-home pay in 2023. Lower discretionary incomes should prove to be a significant headwind against another upward acceleration in inflation from here. Moreover, high base effects from sharp price increases in 2022 will make it difficult to sustain high annual CPI inflation rates in 2023. Finally, the impact of supply chain disruption on prices in the goods market should begin to fade, while recent sterling appreciation will reduce the cost of imported goods.

The BoE expects headline CPI inflation essentially to halve to around 5% by the fourth quarter of 2023. Even so, core CPI inflation (excluding food, energy, alcohol and tobacco) could remain fairly sticky. The risk to the BoE’s inflation outlook is the potential secondary impact of workers demanding higher wages to keep up with the high cost of living. With the unemployment rate still near cyclical lows, there is a possibility that higher wage rates become entrenched in the economy, increasing the risk of a wage-inflation upward spiral.”

“After two years of rising prices, back-to-back falls in the headline rate of inflation offer hope that 2023 will be the year of lower inflation.

“The greatest inflationary pressure during the past two years has come from wholesale gas prices, which are now starting to fall back. It has been a long time coming, but consumers will hope that energy prices in particular will begin to soften in the coming months.

“If prices do come down, then for those workers in the private sector that are benefitting from rising pay packets could find their disposable income start to improve. Those in the public sector are not so lucky as inflation would have to fall significantly for them to see the same kind of improvement in their finances.

“Mortgage costs will also have a major bearing on households who are remortgaging this year. Homeowners could find themselves paying significantly more each month and this could potentially do more damage to their disposable income than inflation has done over the past two years.

“Meanwhile, the message to savers remains the same for now, seek out the best possible rate of interest for any spare cash you may need easy access to and for anything beyond that, think about investing to give yourself the potential to protect your money from inflation.”