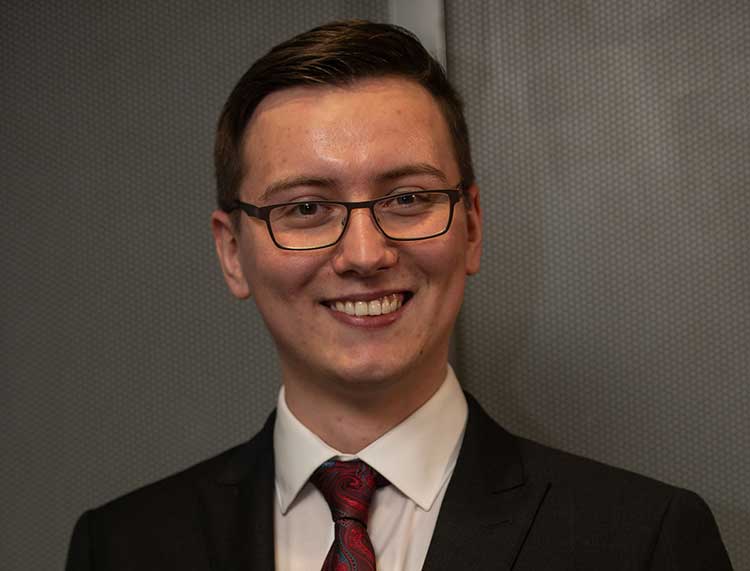 An exceptional student from the University of West of Scotland has been named Young Software Engineer of the Year 2019.

Stuart Adams won first prize for an innovative project describing the mathematical theory behind modern photorealistic rendering and contributes to the field of computer graphics by showing a simple, practical implementation of physically-based rendering.

Second place was won by Euan Reid from Abertay University for his work on using IoT technology to regulate consumption from EV charge points.

Teodora Georgescu from the University of Edinburgh won third place with an innovative project investigating the classification of coughs using wearable devices.

The Leidos Software Engineering Project Award went to Alessio Gadaleta from Robert Gordon University for his project on designing, developing and implementing a deck planning tool for the oil and gas industry using artificial intelligence.

The Awards are organised by ScotlandIS, the trade body for the digital technologies industry and were presented at the ScotSoft2019 dinner, with over 550 guests from across the industry.