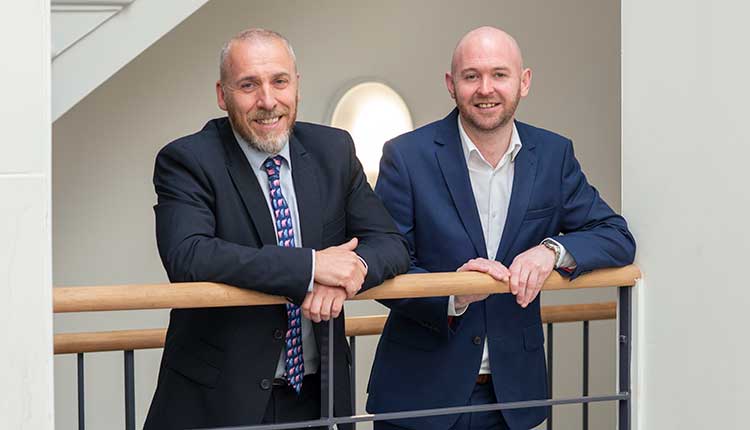 The appointment brings McLaughlin’s career full circle, having qualified with Wylie & Bisset some 15 years ago prior to leaving the firm, and marks the latest development in Wylie & Bisset’s expansion strategy through a combination of acquisitions and organic growth.

McLaughlin’s career has seen him work and manage a number of business planning and fundraising assignments and his wealth of experience in working with businesses in all stages of their life cycle, from early stage start-up to multi-million pound disposals, is regarded as valuable when negotiating with potential funders and acquirers.

Of his appointment, Gerald McLaughlin said: “I was delighted to receive this approach to return ‘home’ to Wylie & Bisset at a time when the corporate finance market is so buoyant. We’re starting to see more foreign investment, private equity investment and banks’ lending again and there was a high number of deals last year, particularly within the SME space, where there is a lot of activity and I’m looking forward to helping grow our involvement in that market.

“What attracted me to return to Wylie & Bisset is the opportunity to effect real change within the context of an independent partnership structure and deliver real benefits to clients. I couldn’t resist the appeal of returning to an independent Scottish partnership that’s growing and embracing technology, particularly when compliance is becoming more technology-driven.

“Over the next few years I definitely see a marked move towards a more advisory-based offering, rather than compliance, where I think technology will start to assist and make that service more efficient, so now is the perfect time to come back to Wylie & Bisset and develop our corporate finance and general advisory offering.”

Wylie & Bisset Joint Managing Partner Donald McKinnon said McLaughlin’s appointment represents the next step on the ladder to where the firm plans to develop.

“Wylie & Bisset’s core strength is its independence and we recently embarked on a programme of further development via acquisitions, organic growth and key appointments,” he said.

McLaughlin’s appointment follows the opening last month of Wylie & Bisset’s Manchester office in the heart of the city’s financial district as it gears up to target growth across the north of England, which in turn followed the firm’s recent acquisition of fellow Glasgow CA practice McLellan Harris.

Wylie & Bisset has nearly doubled in size over the last decade. It now has 11 partners and 120 staff and plans to achieve further significant growth over the short to medium term.