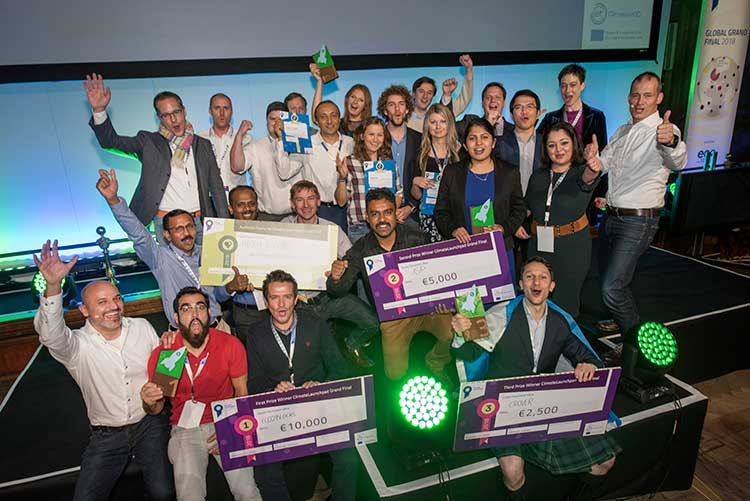 The world’s biggest green business ideas competition – with cash prizes of up to €10,000 – has been launched in Scotland by the Edinburgh Centre for Carbon Innovation (ECCI).

ClimateLaunchpad, which offers dedicated Boot Camps and coaching to help shape green ideas into a rock-solid business plan, is open for applications until Tuesday 6 August.

To enter the competition budding inventors and entrepreneurs simply have to submit an idea or innovation that is tackling climate change.

Those selected to join ClimateLaunchpad, which is this year running in more than 50 countries around the world as well as Scotland, will get dedicated support to fast track their idea into a business, overcome challenges and secure funding.

They’ll get the chance to pitch this idea during the Scotland Final later this year, with the aim of reaching the worldwide Grand Final in Amsterdam and pitching for prize money of up to €10,000. On top of that the top ten winners move on to the renowned EIT Climate-KIC Accelerator programme to help low carbon start-ups get investment-ready.

Last year ECCI hosted the Global Grand Final of ClimateLaunchpad in Edinburgh for the first time, with First Minister Nicola Sturgeon giving the keynote address and ECCI-supported start-up Crover beating off stiff competition from hundreds of competitors to bag third place, becoming the top performing Scottish team in the competition ever.

ClimateLaunchpad is the latest programme to be delivered by ECCI with EIT Climate-KIC, the EU’s main climate innovation initiative. Since 2017 ECCI has supported 30 companies and helped entrepreneurs bag funding of over £1.75 million and scoop an impressive 54 awards.

“ECCI is delighted to be launching ClimateLaunchpad in Scotland again this year – we hope Crover’s phenomenal success in the Global Grand Final last year will inspire Scottish applicants to go even further this year.

“Whether your idea is scribbled on the back of a napkin or you’ve been dreaming of making it happen for years, if you have a business idea that is tackling climate change then we want to hear from you!”

To apply for ClimateLaunchpad in Scotland, go to https://edinburghcentre.org/support/climate-kic/climatelaunchpad to find out more and discover how to submit your idea online. The deadline is Tuesday 6 August 2019.