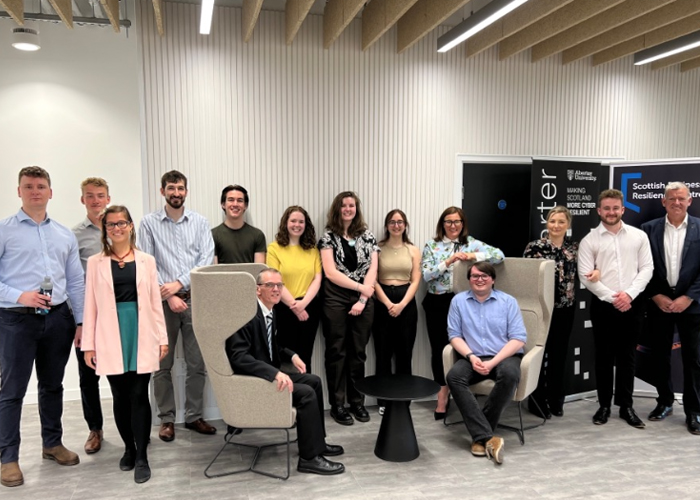 FOLLOWING a nine-month trial of a four-day working week, the Scottish Business Resilience Centre (SBRC) has made the new working schedule official, having seen no loss of productivity and a significant improvement in company culture and staff morale.

Managers at the non-profit organisation based in Linlithgow confirmed staff provided the same level of support and delivery of services that they previously had when working a five-day week. Additionally, in some cases, the SBRC saw productivity increase within the team during the pilot.

Jude McCorry, CEO of the SBRC, said: “A four-day working week won’t make sense for everyone but, having seen the value of it for ourselves, we strongly recommend more organisations consider moving to it – it’s a great benefit for employees at little to no cost to the company. Our biggest piece of advice is to engage with employees throughout the process.

“It’s not about the CEO leading a new process. It’s about the employees embracing a new change. Workshops and regular staff surveys about the new working arrangements ensured everyone knew what to expect and – more importantly – there was complete transparency relating to any challenges and concerns that employees had, and we were able to quickly address them.

“The tech sector has a reputation for long hours and extensive overtime. Asking people to work 80% of the time for 100% of the salary is just one way to demonstrate how much employees are valued whilst enjoying a better work-life balance. Given the feedback we received from the team, we believe that the change in the working week could attract more people to our sector and help close what has become a considerable shortage of skilled staff in the sector.”

A survey conducted by the SBRC prior to the pilot showed staff were excited about being able to enjoy an extra day off, with expectations ranging from feeling more refreshed when coming to work, to having additional time to care for family members.

SBRC leadership found their primary challenge was ensuring people weren’t doing work on their added day off; as internal communications repeatedly explained, it was not a day to catch up on work, but rather one to use as personal time.

At the end of the trial, a survey revealed that 100% of SBRC employees wanted to continue working four days, with the vast majority citing a notable improvement in staff morale and general well-being.

Jude McCorry added: “An exciting result we didn’t expect was the increased sense of community among the entire team. Going into the trial, we knew a shortened work week had to make sense for everyone, otherwise we wouldn’t continue with it.

“The team really came together to prioritise their workload and ensure everyone could enjoy their additional day off each week.”

It began the trial in April 2022 and officially adopted a four-day week in December 2022.

The SBRC’s trial is independent of the 4 Day Work Week Campaign’s pilot of a shortened work week involving 70 British organisations.