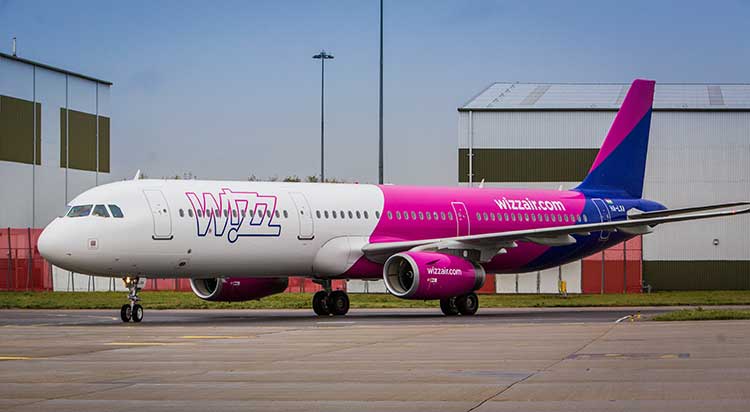 Wizz Air will begin operations from Edinburgh this December, connecting the capital to Romania and increasing options to Poland and Hungary.

The low-cost operator will launch four routes to the popular European cities of Warsaw and Gdansk in Poland, Budapest in Hungary, and Bucharest in Romania.

All routes will be served by a young fleet of ultra-efficient Airbus A320 and A321 aircraft.

“We are delighted to be welcoming Wizz Air to Edinburgh and adding a new carrier at Scotland’s busiest airport. We know there is a large Polish diaspora within our neighbouring communities in Edinburgh, the Lothians and Fife, but we also know people in Scotland have a thirst for travel so having Wizz onboard at Edinburgh is very exciting for us.

“Offering choice to our passengers is what we aim to do as it is that choice which enriches our knowledge of other countries and cultures while also taking Scotland to the world. Tourism plays such a crucial part in Scotland’s economy and it’s important that we look to broaden our horizons in the most sustainable way possible and demonstrate the fantastic offering that our country has.”