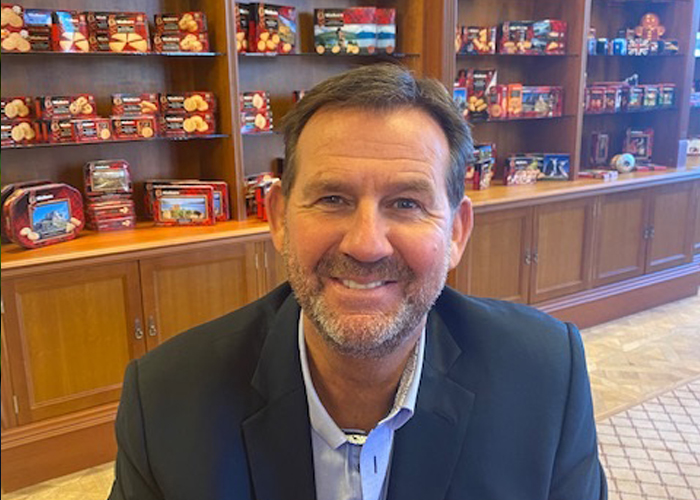 Nicky Walker has been appointed the new MD of Walkers Shortbread

THE Board of Walker’s Shortbread Ltd has announced the appointment of Nicky Walker as Managing Director with immediate effect.

Nicky joined the family firm 25 years ago, was appointed to the Board in 2007 as Production Director and has been instrumental, working alongside his late father, Joe, in developing the Company’s world-class facilities in Aberlour and Elgin.

Nicky commented: “It is an enormous honour to be given this responsibility to lead the family business.  As Joint-Managing Directors, my father and my Uncle James transformed what was a village bakery into an internationally-renowned business and brand. Working with other members of the fourth generation and an outstanding Board and management team, I am confident we will achieve great success together.”

Further demonstrating the succession to the fourth generation, Bryony Walker, daughter of former Joint-Managing Director Jim, has been appointed to the Company’s Executive Committee in the role of Head of Commercial Strategy, reporting to Commercial Director Steve McCarney.  Jim now steps aside from day-to-day responsibilities after 60 years of active service but will continue as a Director and will represent the Company as an ambassador.

Jim Walker commented: “I am delighted that my nephew Nicky is taking on the position of Managing Director. His late father and I shared this role for almost sixty years, working closely with our sister Marjorie and it is very rewarding to be passing the reins to the next generation who are ably supported by a fantastic Board and professional management team”.

Chairman Bob Brannan commented: “These are exciting times.  With a clear vision, focused strategy and a strengthened Executive Committee, Walker’s is a great example of how an international brand can thrive under consistent, long-term, family-ownership.  The recent refresh of the brand identity is resonating strongly with consumers and reflects the energy and pace that the Company has been able to establish in recent years despite challenging market conditions.”

Walker’s Shortbread was founded in 1898 by Joseph Walker in the Speyside village of Aberlour. With his grandchildren and great grandchildren now continuing the tradition, the company employs over 1400 people across its sites in Elgin and Aberlour and holds a Royal Warrant for Shortbread & Oatcakes, by appointment to Her Majesty the Queen.