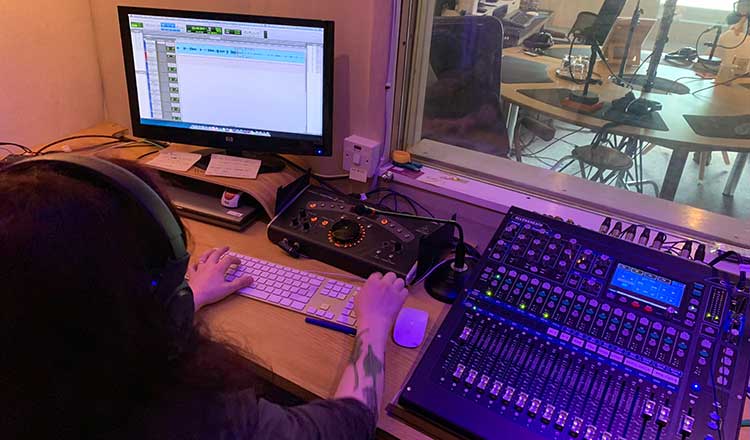 Voquent, the voice acting agency has relocated from London to Glasgow’s media city, with ambitions to recruit for a variety of new positions throughout the year.

Having already amassed one of the largest rosters of professional voice actors from around the globe in less than a year. The voice over casting portal has become the fastest growing database of hand-picked voice over narrators and actors in the world with some of the biggest names in marketing flocking to the site to book talent for their projects.

Voquent.com’s primary attraction is its ability to cast experienced and professional voice actors quickly. Circumventing traditionally long winded auditioning processes which are failing clients who don’t have the luxury of time.

Voquent.com’s Production Director, Al Black says “We’ve now got a core projects team in place and we’re not just fulfilling voice actor casting and recording requirements for local audiences. More and more, we’re being tasked with reaching a global audience. Translating everything from Instagram promos and website explainers to eLearning content and pre-roll YouTube ads. Our projects team is expanding to meet this demand and now consists of subtitling engineers and video editors alongside our audio production staff. Now, to promote further growth, we’re focussing on scaling our team to meet the increasing needs of creative teams and global translation agencies.”

Voquent.com predicts that a large portion of their expected growth will come from outside the UK and is seeking applicants with experience working in the translations and creative industries. Applications of all experience levels are encouraged.

“In the UK, the majority of the media production industry is based in the South of England and full-time positions in Scotland are highly sought after,” says Managing Director, Miles Chicoine. Having recently appeared on the BBC News programme Business Live to discuss how Voquent is disrupting the voice-over industry, Miles’ is particularly confident in the depth of skills and capability offered locally.

“Scotland has a rich history of innovation and we’re excited to play our part as contributing pioneers. Glasgow specifically boasts several internationally renowned Universities and the city attracts bright and experienced minds from around the world. In the media industry, a lot of the work is currently done on short-term freelance/ self-employed contracts, which doesn’t offer people much security, but we’re looking for exceptional talent that want an exciting full-time career in Scotland.”