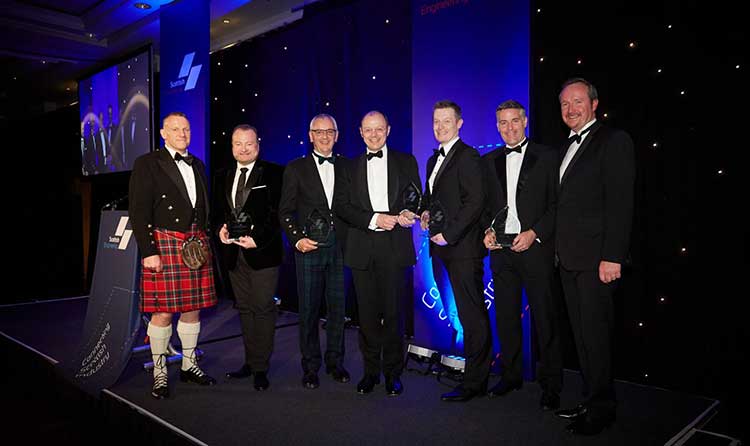 An East-Kilbride engineering company is celebrating after receiving a special award at the Scottish Engineering Awards.

Hayward Tyler Fluid Handling, which is owned by Avingtrans PLC, was awarded the Vice President’s Award in recognition of outstanding achievements, which include revenue growth of over 50% in just two years, as well as a commitment to developing the next generation of engineers through the creation of graduate engineering and craft apprenticeship programmes.

The company was named as a winner following a three-stage process that included a written nomination, site visit and interviews at its Glenburn Road facility, and further deliberation by a panel of specialist industry judges.

“The award reflects not only the dedication and commitment of all our employees but also the strong relationships, built on past performance and trust, that we enjoy with our many blue chip customers.

“As an SME operating in a very competitive, global environment, investment in our employees and facilities is a prerequisite for survival and growth. Receiving this award will act as a beacon of recognition, illuminating the way ahead as we strive to achieve excellence in all we do.”

Paul Sheerin, Chief Executive of Scottish Engineering, added: “We were particularly impressed by Hayward Tyler Fluid Handling’s strong engineering heritage and commitment to creating a business that is fit for the challenges of the 21st century.

“The company has ambitious growth plans in place and has already taken positive steps to invest in the skills, facilities and operating practices it needs to realise those ambitions. As such, it is a worthy winner of the Vice President’s Award.”

Hayward Tyler Fluid Handling designs and manufactures standard and bespoke pumps and spares for high-integrity industries such as defence, nuclear and power generation, as well as providing valuable aftermarket services.