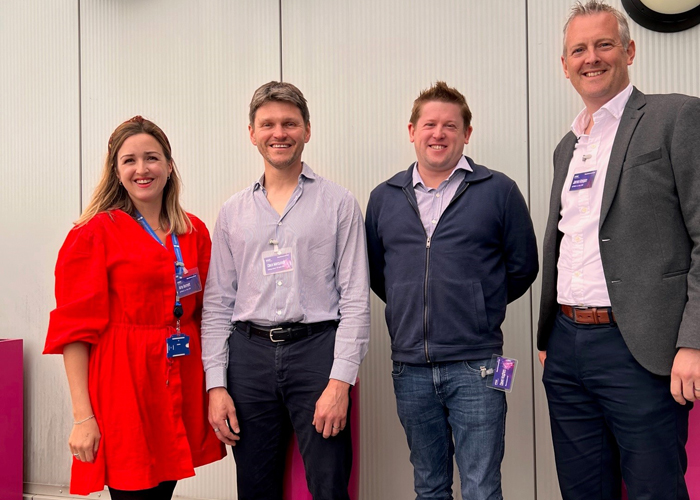 TWO FAST growth businesses from Scotland have been shortlisted to pitch to industry experts as part of KPMG’s global search for the UK’s next tech disruptor.

Novosound, an ultrasound imaging firm, was crowned the winner of KPMG UK’s Emerging Giants Tech Innovator Scottish heat in Glasgow in June, while Stirling-based Integrated Graphene which produces 3D graphene foams for industrial and commercial use was named runner up.

Both firms lined up against eight other Scottish entries and were selected from almost 250 UK businesses after pitching to a panel of industry experts. They will now compete against other regional finalists up at the Nexus Innovation Centre in Leeds on July 21.

Dave Hughes, chief executive officer and co-founder of Novosound, said: “I’m incredibly proud we’re through to the UK final. We know our technology has the power to revolutionise ultrasound imaging in hospitals around the world and make a powerful impact on people’s lives. Our story clearly resonated with the judges, and I’m excited to pitch for a place in the global final in Lisbon later this year.”

Novosound was launched as the first spin-out from the University of the West of Scotland in April 2018 having created a ground-breaking technique for the mass-production of printable ultrasound sensors. Judges were impressed by the firm’s vision and potential to scale its product globally.

Runner up Integrated Graphene, based in Stirling, has developed Gii, a product that it describes as a 3D graphene foam which can be sprayed directly on to surfaces where graphene is needed as a conductor of electricity – notably in biosensors or energy storage.  It  has developed a manufacturing process for its foam and believes that the product can be produced cost-effectively.

Claus Marquordt, Co-founder and CEO of Integrated Graphene, said: “We’re excited to progress to the next round of KPMG’s competition and pitch alongside other UK innovators. The properties of the new graphene material we engineered, Gii(R), and the lean 6-sigma process we invented enable significantly better products at less cost. Only 18 years after graphene’s discovery, this finally marks a turning point and the commercial breakthrough into a plethora of markets and applications globally.”

One overall UK winner will secure a place in Lisbon where they will compete against tech innovators from at least 24 other countries to be crowned KPMG’s Global Tech Pioneer during Web Summit.

KPMG’s search for standout UK tech innovators is now in its ninth year and has seen previous winners such as Echo Healthcare, What3Words and FIDO Tech go on to achieve global success and investment.

Commenting on the competition, Amy Burnett, KPMG private enterprise senior manager in Scotland, said: “We had an impressive number of entries this year and our final two shortlisted businesses represent the best of the tech talent from Scotland.”

“We’re very excited to support the continued growth of our tech innovators who are either hidden gems in our huge tech ecosystem or leading the way in disruption and innovative thinking. Huge congratulations go to both of our Scottish finalists.”

Having uncovered a host of tech success stories from across the country, the competition is now in its second year of going global and has expanded to include technology innovators competing across 23 other countries from most major regions of the world.

Both Scottish businesses progressing to the UK final will be provided with entry to a bespoke version of KPMG Private Enterprise’s Access programme for fast growth businesses, exclusive networking opportunities among industry experts, their peers and other tech innovators.

The UK final will take place virtually on Thursday 21 July at 5.00pm. The virtual event is open to the public, who are also able to vote for their winner by registering here.