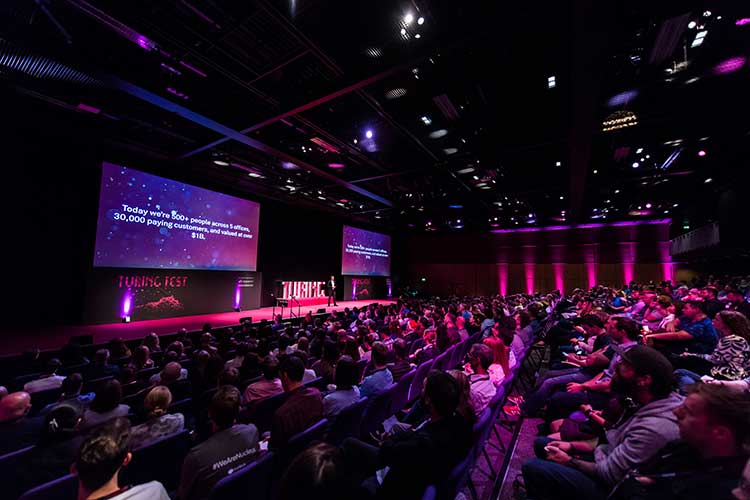 50 of the leading investors from across Europe will be arriving in Edinburgh next week looking for attractive startups to invest in at Turing Founders.

Hosted by Turing Fest, in partnership with Silicon Valley Bank, Turing Founders puts leading investors in the same room as 150 exciting early stage founders from across Europe, with both sides looking for the right partner. Turing Founders, running on 27th August at the Sheraton Grand is an exclusive invite-only event with only a few spots remaining: founders and early-stage execs can apply here to attend and gain the opportunity to have individual meetings with 50 seed and series A investors, from Localglobe to Northzone.

Running since 2016 Turing Founders, part of Turing Fest, has connected hundreds of founders and investors, with attendee companies having raised over £35 million to date in subsequent investment, and several participating startups having gone on to successful exits…and this year is going to be the biggest yet!

Tom Butterworth, Head of Early Stage, Europe at Silicon Valley Bank’s UK Branch said : “Turing Fest brings together a diverse audience focusing on starting and scaling great tech businesses, which is at the heart of what we do at Silicon Valley Bank. This is incredibly important to growing the innovation economy across all emerging tech hubs in the UK, including Edinburgh. Tech Nation and Dealroom reported earlier this year that three unicorns came out of the Scottish city in the last 12 months, so it is great to see Edinburgh increasingly becoming a technology powerhouse and one that we are committed to continuing to support going forward.”