Traditional auctions are the way ahead says Auction House, after record August figures 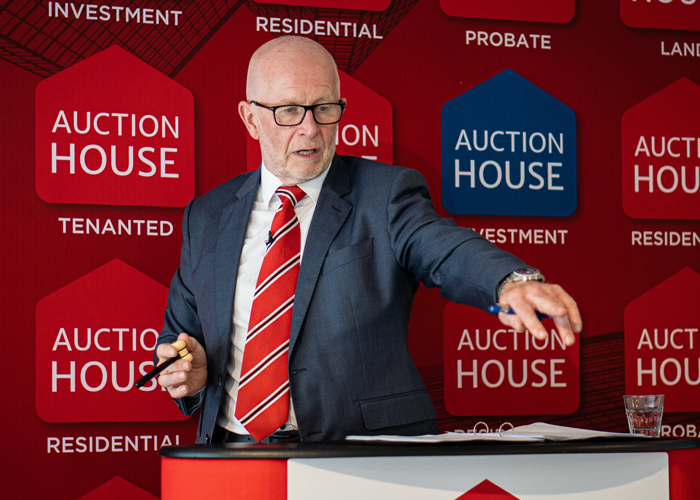 THE arrival of a new style of auction to the market has prompted Auction House – operating as Auction House Scotland in Scotland – to reaffirm its commitment to the traditional method of sale.

Managing Director of Auction House Scotland, Mandi Cooper, said that an increasing number of auction buyers and sellers have approached the company, seeking reassurance that future sales will continue to exchange on the fall of the hammer, rather than several weeks later.

She explained: “For most people, the appeal of buying and selling at auction is that’s it’s a quick, simple and convenient process. Sales are carried out on an unconditional basis, with contracts exchanging as the gavel falls, and completion following some 14-28 days later, or by agreement between the buyer and the seller. It’s the way we’ve always done it, and certainly the way we intend to carry on doing it in the future.”

“But a Modern Method of Auction (MMoA) has since become available, whereby the sale is conditional, with the buyer merely securing a period of exclusivity before contracts are exchanged, which often takes more than a month, with completion finally taking place after that.”

“As well as the unreasonably high charges made to the buyer at the seller’s expense, the conditional method is slower, more cumbersome, and much more prone to the problems that befall private treaty sales – indeed, the sort of difficulties many sellers deliberately choose auction to avoid!”

Auction House has just completed its most successful August in the 15-year history of the group, selling a record number of lots and raising more money on behalf of its clients than ever before. 255 lots were sold in the month, from 323 offered – a success rate of 79% – and raising a total of almost £42m (£41,790,805).

Mandi Cooper added: “The fact is, unconditional auctions are in our DNA: it’s where we’ve always put our focus and it’s where we always will. Without doubt, they provide the best way of selling auction property in terms of both speed, and security of sale. It’s why buyers and sellers prefer them, and why we sell more properties via the unconditional method than anyone else in the UK.”

“So, whether the sales are in-room, livestream or online, our commitment to unconditional auctions remains undiminished, and we can confidently predict that in 2022 we will exceed last year’s sales figure of £605m.”

“Therefore, our buyers, sellers and partner agents – old and new – can rest assured that our focus will remain unchanged, as we continue to offer a fair, transparent and cost-effective service, whilst always working on behalf of our vendor clients to achieve the best possible price for each and every property.”