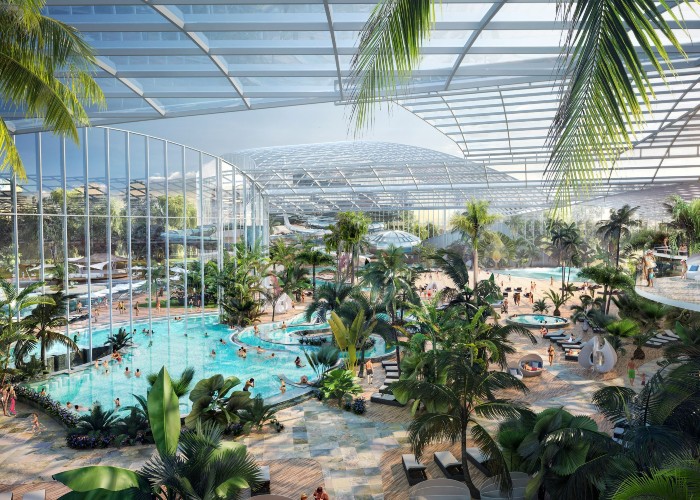 GLOBAL wellbeing organisation, Therme Group, has partnered with COGITO, the epistemology research centre at the University of Glasgow, to develop a unified theory of wellbeing.

Currently operating resorts across Europe, Therme Group is set to begin a nationwide rollout of its wellbeing resort concept throughout the UK, with Scotland named as a confirmed location.

Jointly financed by Therme Group and The University of Glasgow, the project is the first ever large-scale, interdisciplinary investigation into the nature of wellbeing and cements the university’s position as a thought leader in the field.

‘Dimensions of Wellbeing’ will develop a novel, multi-dimensional theory of wellbeing, grounded in both philosophical and psychological research. It will also look into cutting-edge research in environmental psychology to investigate how wellbeing can be generated in the built environment.

COGITO is the largest and most active epistemology research group in Europe, as well as one of the largest worldwide. Their relevant expertise in the nature of wellbeing, ethics, epistemology and emotions makes them uniquely well suited to collaborate with Therme Group on wellbeing related themes.

The ongoing project, which will take place over a five-year timeline, follows a successful pilot programme between COGITO and Therme Group.

It begins officially with the appointment of Dr Christopher Willard-Kyle as Therme Research Fellow. Renowned in the field, Dr Willard-Kyle is a specialist in research at the intersection of epistemology, ethics and cognitive psychology, and he will be conducting his work in the COGITO Epistemology Research Centre at Glasgow.

Throughout the partnership, COGITO’s findings will be implemented in the facilities owned by Therme Group across the world. With each location welcoming in excess of one million visitors per year, the project will have a huge impact on the wellbeing industry. This direct implementation will provide invaluable data to understand the function of architecture and environment on human wellbeing. Results will also be available in the public domain via COGITO’s academic network.

Speaking on the research programme, Senior Vice President of Therme Group worldwide and CEO of Therme Group UK, Stelian Iacob, said: “In the past, research into the nature of wellbeing has often been conducted separately in both philosophical and psychological fields, but never at the intersection of both.

“Taking an integrated approach, Dimensions of Wellbeing promises cutting-edge results, with real life implementation. Our resorts address the vital modern-day need for wellbeing for all, maintaining and restoring physical and mental health for millions of guests every year – the creation of a new theory of the nature of wellbeing is set to enhance this experience even more.”

Mona Simion, Deputy Director, COGITO Epistemology Research Centre, said: “We are very excited about the ‘Dimensions of Wellbeing’ project. It’s the first interdisciplinary project of its kind, and the industry collaboration with Therme Group builds in direct societal impact, which is rare for research projects in general, and even more so when it comes to philosophy research projects.”

Since its launch, Therme Group has applied the latest technologies in wellbeing with the goal of enhancing the physical and mental health of the communities it serves. Therme Group’s overarching philosophical mission to use modern technology to enhance physical and mental wellbeing for all informs everything – from architecture, to carefully controlled ambient temperature and lighting.

The Group is set to bring the UK’s first city-based wellbeing resort to Manchester as the first step in a nationwide rollout. Additional locations are set to be announced in London, Wales and Scotland.