Tech firm licking its lips with appointment of first ever COO 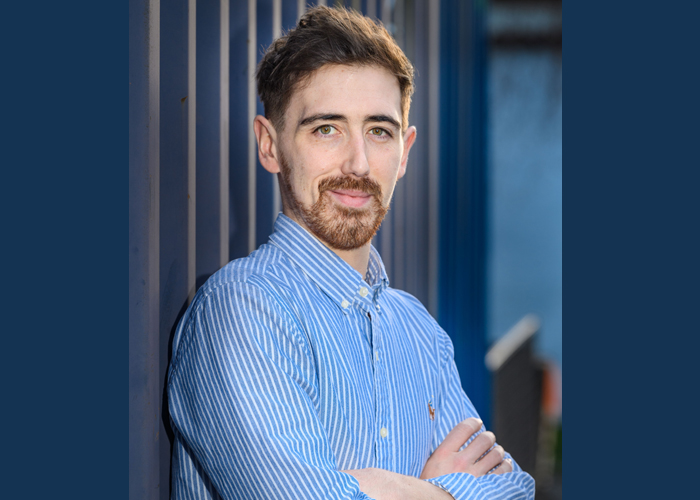 AN AMBITIOUS Scottish tech firm has appointed its first ever Chief Operating Officer (COO) to drive the international expansion of its burgeoning business.

It marks the latest successful chapter for the 30-year-old who has built his career and reputation through successfully scaling numerous start-up businesses across multiple sectors including retail, ecommerce, technology and SaaS.

Andrew said: “Over the last three years, ePOS Hybrid has become one of the most powerful hospitality and point-of-sale platforms available in the UK. We’ve scaled from pre-revenue to a point where over 12 million consumers have used our products just a few years later. To have played a central role in that growth has been incredible.

“To be stepping up to COO at the firm at the age of 30 is a massive personal achievement for me among plenty of great moments we’ve had so far as a business. The start-up journey is hard but the prospect of continuing ePOS Hybrid on its trajectory of exponential growth is obviously an exciting one as we begin targeting new international territories and taking new products to market.

“I’ve been lucky to be involved in the firm from the outset. We’ve grown from just a couple of people in the office with zero customers to a team of 25 serving thousands of businesses throughout the UK and abroad. With another major funding push just around the corner, we are vying for further major expansion across the UK and overseas.”

A serial entrepreneur and expert in scaling start-ups, Andrew is also a successful Founder, establishing and exiting with some of his own businesses.

A previous milestone in his entrepreneurial career was co-founding XOXO Florist Aberdeen, an Aberdeen-based high-end retail and ecommerce business which has experienced year-on-year growth since its inception eight years ago.

Andrew and the team behind XOXO, then went on to launch and scale other projects within the online retail space, including The Secret Flower Club in 2019 to tap into the growing demand for UK wide, next day flower and plant delivery.

With over 11 years of growth, sales and commercial leadership experience, Andrew has influenced the successful rise of numerous businesses in the Scottish start-up scene however, it was at ePOS Hybrid where he flourished. By applying his growth expertise, he helped the tech firm successfully expand – with ePOS Hybrid now powering millions of pounds of transactions for UK businesses every single month.

The appointment comes during the business’ most successful months since its founding, making a string of new hires to help support demand and fuel further expansion as they achieve sustained month-on-month growth. The hospitality tech disruptor now looks towards the European, Australian and American markets as it scales towards launching its series A funding round in 2023.

As COO, Mr. Gibbon will continue to head up the commercial side of the business, focusing on generating rapid user and revenue growth by delivering strategic direction, leadership and strategy execution across the Sales, Marketing, Operations, Customer Success and Partnership teams. Andrew will also work closely with CEO, Bhas Kalangi, to coordinate and manage the upcoming funding round.

Bhas Kalangi, Founder and CEO at ePOS Hybrid said: “To welcome Andrew to the leadership team is an important moment for the development of the business. Andrew has been with us through thick and thin and has been absolutely crucial in establishing and scaling up the company.

“We’re building a world class team and I think it’s important that it starts with our management. Now, with Andrew as part of the leadership team, we’ll continue to aggressively grow our position in the UK while diversifying and elevating our market leading product range to offer our platform across the world.”

Edinburgh-based ePOS Hybrid offers a single management platform that brings together a range of plug & play products including point-of-sale, payments, digital ordering and operations management to create a centralised management hub for food and drink businesses.

In just two years, ePOS Hybrid’s hospitality solution has gone from being in 221 locations to more than 1250 with over 12 million consumers having used its platform to order food or drinks.