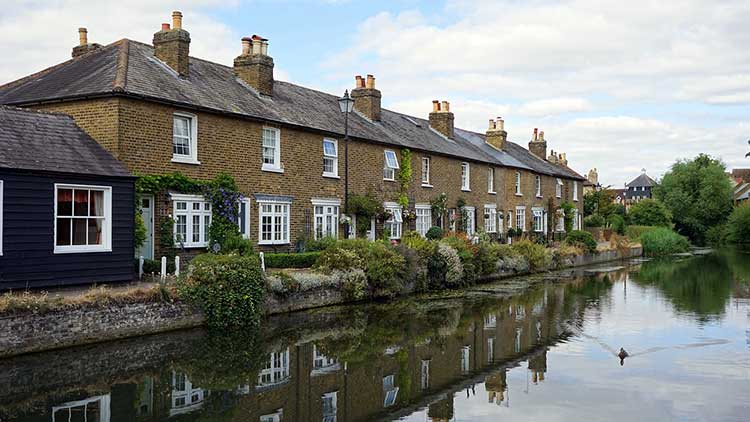 Image by MikesPhotos from Pixabay

The average house price in Scotland is expected to grow by 14% between 2018 and 2022, reaching £170,000, according to PwC’s latest UK Economic Outlook, which also reveals Scotland to be one of the most affordable parts of the UK for private rental.

The latest UK Economic Outlook published by PwC, predicts economic growth in Scotland of 1.6% in 2019, making it the second fastest-growing of the nations and regions of the UK.

The current growth rate is moderate in relative terms, with the average house in the UK increasing in value by 1.4% in the 12 months to April 2019, led by a 6.7% increase in Wales.

Stewart Wilson, Head of Government and Public Sector for PwC in Scotland, commented:

“House price growth in Scotland looks set to remain steady over the next four years, though this is influenced in real-terms by inflation and wage growth levels.

“For homeowners looking to move, achieving a higher selling price can help with mortgage terms, however faster growth presents a challenge to first-time buyers looking to make that important first step onto the property ladder.”

The Outlook also reveals Scotland to be among the most affordable parts of the UK for private rental. The rental affordability ratio, which is the percentage of gross income spent on rent, in Scotland ranges between 15% and 22% for key professions including police officers (15%), social workers (17%), primary and nursery teachers (18%) and nurses and midwives (22%).

The conventional benchmark determines that renting must cost less than 30% of gross annual income for it to be considered affordable.

“The affordability of private rental in Scotland could lure more key workers north, particularly given that up to 45% of income can go on rent in London, while other parts of England are above the 30% threshold deemed affordable. While hotspots like Glasgow and Edinburgh will be more expensive than other areas, the figures do indicate benefits for social mobility in Scotland.”

Economic growth has slowed since early 2018 due primarily to the dampening of business investment as a result of Brexit-related uncertainty and heightened global trade tensions.

The Outlook projects that UK growth will be more balanced across the nations and regions in 2019-20, with London no longer growing significantly faster than the UK average as has been the norm for most of the past three decades. This is partly due to the greater exposure of some London activities, for example the City, to adverse effects from Brexit related uncertainty, as well as growing constraints on the capital in terms of housing affordability and transport capacity.

“Consumer spending – supported by recent rises in real incomes – has continued to drive the Scottish economy, but we may be in for something of a bumpy ride this year given we are still unclear on when Brexit will happen, and under what terms.

“Our growth projection for Scotland of 1.6% is ahead of the UK’s 1.4%. This highlights an increased resilience in Scotland, but it is one which will subside next year as we fall in line with the overall UK.”

“UK economic growth is likely to be choppy this year as stockbuilding rises and falls around past and future Brexit deadlines. But the underlying trend is for continued modest growth, possibly picking up later next year if the fog of uncertainty around Brexit clears and business investment regains momentum.

“Risks to growth are weighted to the downside due to the possibility of a no deal Brexit, although there are also brighter spots to the economy such as rising real earnings levels linked to record employment rates.

“We do not expect any change in UK interest rates over the next few months as the MPC waits to see how events unfold in relation to Brexit.”