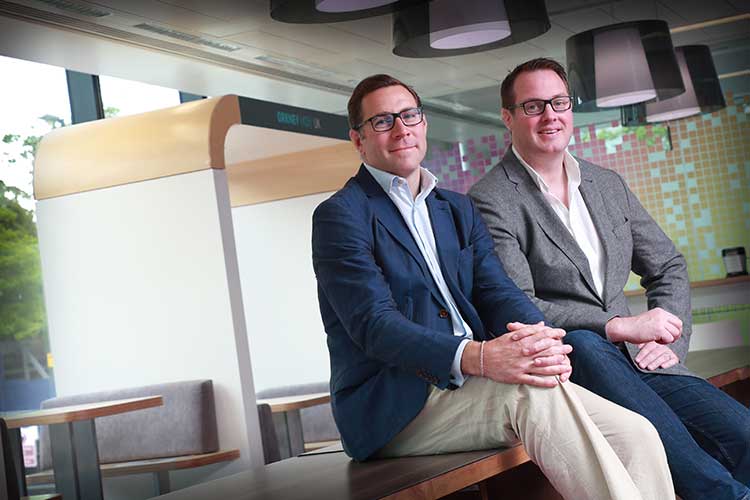 Corstorphine, Senior Vice President (SVP) at Skyscanner (and former CFO and GM of Americas), replaces Bill Dobbie as chair as Houseology Design Group, which is backed by Sir Terry Leahy and a number of other high profile retail entrepreneurs, targets further revenue growth in the UK and internationally.

Founded in 2010, Houseology Design Group has been led by CEO Andy Russell since 2016 when Bureau, the company he previously founded, was acquired by Houseology.  Bureau client list includes Skyscanner, FanDuel, Trainline, TransferWise, Chivas Brothers, Baxters and a series of UK and international financial institutions.

Shane Corstorphine has been instrumental in Skyscanner’s growth, supporting the travel search site in attaining the number one market position worldwide, a series of investment rounds including Sequoia Capital’s backing in 2013 and Ctrip’s £1.4 billion acquisition of the company in November 2016.  Corstorphine began his career with global accountancy firm PwC, before going on to senior positions at RBS and Barclays.  He continues to advise a number of startups and scale-ups and is a non-executive director at social enterprise venture Brewgooder.

Shane Corstorphine, Chairman, Houseology Design Group, said: “Andy and the team have done a great job over the last few years in transforming the operations of the business and establishing profitable growth.  Houseology Design Group is now in a unique position to disrupt this multi-billion dollar vertical whilst helping people and companies to create amazing designer spaces.  Indeed, it’s something the group’s Bureau division did to great effect at Skyscanner’s global headquarters in Edinburgh. The proprietary technology being developed by the team is an amazing opportunity and, overall, I’m looking forward to supporting them through this next phase of significant growth.”

Houseology Design Group is targeting further revenue growth in the B2C and B2B online furniture markets in the UK and internationally.    Over 10 per cent of the group’s revenue now comes from international markets and the group has plans to increase this to approximately 40 per cent in coming years.  The group has a compound annual growth rate (CAGR) of around 35 per cent since Andy Russell took over as CEO and the company is on track for record revenue in excess of £14 million in 2019.

Recent operating highlights include the opening of a London office, the growth of its Bureau division (which is now established as one of the UK’s fastest growing commercial furniture practices) and a high Trust Pilot rating against the sector.  The group has grown average order value (AOV) by 77 per cent over the last 3 years, whilst significantly increasing its repeat order percentage.  The group is currently developing a B2B platform which will give corporate customers an even better experience when purchasing designer furniture and lighting.

Andy Russell, CEO of Houseology Design Group, said: “Getting Shane on board is a great endorsement of both our ambition for Houseology and the outlook for the business.  Shane’s expertise, in all things digital and as a key part of Skyscanner’s incredible success, will be pivotal in guiding our senior team including the scaling of our new online B2B platform due for launch later this year.  The platform we are building will revolutionise the way furniture and lighting is searched, discovered and shopped for by both the B2B and B2C customer.”

Houseology is set for its next investment round over the next twelve months.  The group’s existing investors include Sir Terry Leahy, who is also an adviser to the board, Bill Currie (founder of the William Currie Group which specialises in investments in the retail, e-commerce and tech sectors including ASOS, The Hut Group and Caffe Nero), Mike Welch (founder of Blackcircles.com), Artemis, Seedrs and True Capital.

Sir Terry Leahy said: “As with the fashion market several years back, we are now seeing the furniture market move increasingly towards quality and high-end brands.  We can see that shift, whereby people are investing more in their homes, moving home less and this provides a massive opportunity for Houseology.  Shane brings valuable experience from online B2C and B2B, overseeing one of the UK’s greatest technology startup to global scale-up success stories of recent times and we are all extremely pleased to have him in place.”