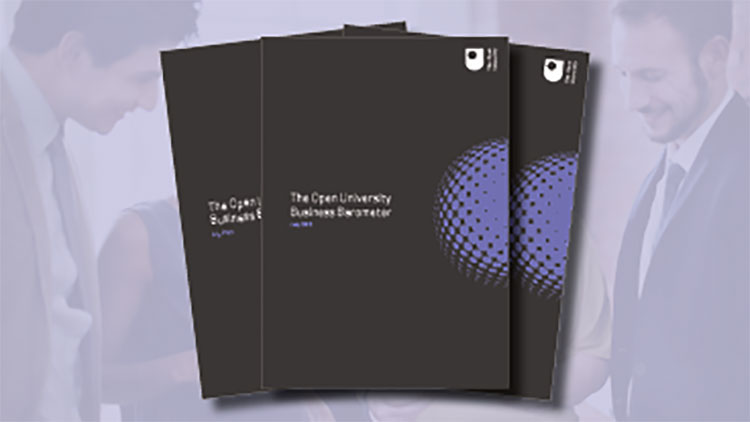 A recent report from The Open University reveals that in the past 12 months Scotland’s organisations have had to fork out an average of £17,028 on temporary staff, recruitment fees and increased salaries due to difficulties finding staff with the right qualifications and experience. This is an increase of 2.5% on last year’s expenditure.

The extent of the issue is revealed in The Open University Business Barometer 2019 as nearly two-thirds (63%)of Scottish organisations say that they have had difficulties recruiting for a role due to candidates lacking the skills required. This deficit has led to an 85 per cent increase in spending on recruiter fees as organisations attempt to attract the skills they require, setting them back £129 million over the last year, which could have alternatively been invested in the existing workforce.

Brexit is perceived to be the driving force behind many of these concerns. 64 per cent of respondents to The Open University’s study admitted they fear Brexit will make the skills shortage worse, painting a gloomy picture that could see Scottish businesses paying even more to attract the right skills once the UK leaves the European Union.

Despite this gloomy outlook, only a third (35%) expect the skills shortage to have a knock-on effect on their revenues – perhaps pointing towards a belief that employees will develop the necessary skillsets through learning on the job.

When examining attitudes towards investing in workplace training, The Open University Business Barometer revealed that two thirds (66%) of Scottish employers agree that developing the skills of the existing workforce is a more sustainable approach to plugging skills gaps than ‘buying in’ new talent. This is backed up by the fact that 45 per cent of Scottish organisations questioned said they had increased their training and development budgets in the past year – by an average of 10 per cent.

It is crucial that any training offered helps these employers rather than hinders. The Open University offers flexible, technology-enabled degrees and apprenticeships, which allow employees to fit learning around work and personal commitments – and which over half (54%) of Scottish employers believe is less disruptive than other forms of training.

Marie Hendry, Depute Director at The Open University in Scotland, responded to the findings:

“We know that the so-called fourth industrial revolution is bringing with it huge challenges for our economy and our employers. This research shows the massive financial impact of skills shortages on Scottish business and points to the importance of lifelong and work-based learning.

“Support for skills development and training is a sound investment in staff, business and the Scottish economy in a time of significant change and uncertainty, and will increase productivity while reducing the cost of filling skills gaps in the future.”

Further findings, including specific skills shortages by region and sector and employers’ expectations for the year ahead, as well as details of The Open University’s offering, are available in The Open University Business Barometer 2019.