LEADING Scottish butcher, Simon Howie has taken Burns Night to new heights this year by launching the first ever haggis into space.

To mark one of Scotland’s favourite celebrations, Simon Howie has released special footage of the flight, which shows the UK’s best-selling haggis reaching the edge of space, soaring over 20 miles (107,293 feet) above the Earth. That’s equivalent to nearly four times the height of Everest, or 3.5 times higher than a jumbo jet flies!

In a bid to share the spirit of Scotland far and wide, the Original 454g Simon Howie Haggis took to the skies on the most beautiful clear winter day, taking off from Simon Howie HQ in Dunning before travelling over Stirling, Falkirk, Edinburgh, and the Pentland Hills before its safe landing in Lauder.

Visibility on the day was so good that at altitude, you can see at least as far as 250 miles away and at parts make out Dundee, St Andrews, Stirling, Glasgow, Stranraer, the Isle of Man, Northern Ireland and all the way down to Blackpool, Manchester, and Liverpool.

As millions of families across the UK prepare to celebrate Burns Night, the ‘space haggis’ has been safely transported back to the company’s Perthshire headquarters, where it will be preserved for years to come as the first haggis in space.

Simon Howie’s mission hopes to spark intergalactic and scientific interest in young people and once the current COVID-19 restrictions are behind us will, in partnership with Stratonauts, run workshops in local primary schools to encourage more pupils into STEM (science, technology, engineering and math) related careers.

Simon Howie commented: “After a year like no other, we wanted to kick off 2021 by lifting the spirits of the general public. We are thrilled to have worked with Stratonauts to take Scotland’s national dish to new heights! Burns Night is one of the most important dates on the food calendar for us and we wanted to mark the occasion by sending the UK’s best-selling haggis, the Original 454g, to the edge of space.

“Since becoming the UK’s best-selling haggis brand five years ago we have continued to see double digit growth year on year. Our success is absolute testament to my hard-working team and the strength of relationship that we have with all the retailers. It has been a difficult time and I’m incredibly proud of everyone that works for me, from increasing production to support the supermarkets through the period of panic buying to the demands of Christmas production and now Burns – we are working round the clock to produce over 1 million haggis and feed over 3 million customers our best-selling haggis. We hope that our space haggis gives everyone some much needed cheer!”

Commenting on the flight, Lewis Campbell, Stratonauts Director: “Launching from Dunning was challenging due to the winds as we needed to ensure a safe retrieval of the footage and of course the ‘space haggis’ itself. Having monitored the weather for weeks a window of opportunity finally presented itself, and what a window it turned out to be. Perfect conditions! After reaching over 107,000ft with views of at least 250 miles, the haggis then fell to Earth at nearly 200 miles an hour before the parachute took over – meaning it is also probably the fastest haggis in the world too! We are delighted to have worked with Simon Howie on this flight to the Edge of Space and to fly a haggis to such great heights in celebration of Burns Night 2021.”

While it was the Original meat haggis that made the long journey to space, Scotland’s leading butcher is set to make over twice the amount of Vegetarian Haggis this year as Tesco will include the vegan approved version on national gondola end promotion for the first time. A further acknowledgment that the public’s appetite for meat alternatives continues to grow. 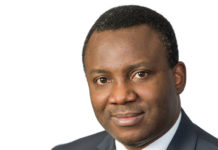 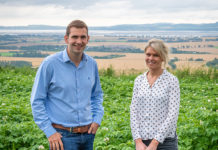 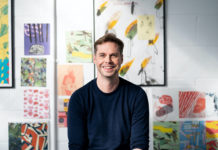 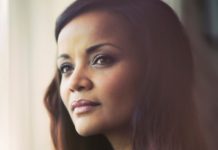 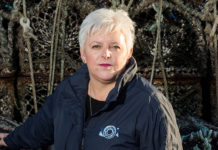 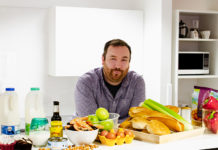 Brodies unveils six new partners in latest round of appointments and...