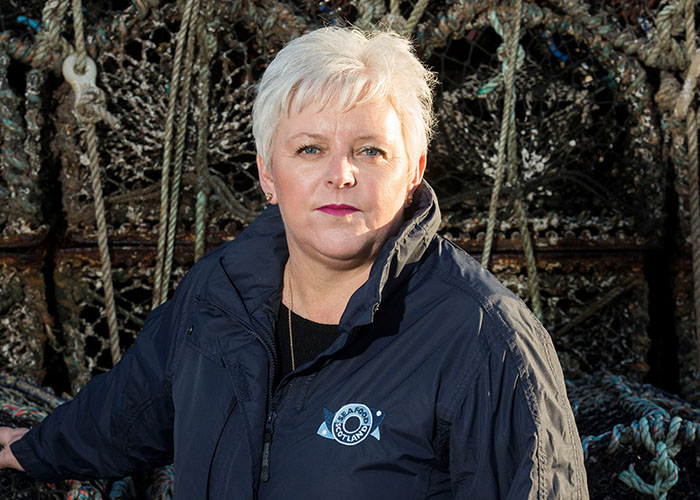 A CRACK team of exporting consultants has been appointed by Seafood Scotland in a bid to help tackle the raft of post-Brexit administration issues that have had a debilitating impact on trade to Europe over the last 4 weeks.

With sector resilience already weakened by a year of Covid-19 restrictions and the French border closure over the crucial Christmas trading period, the fallout from the administration problems caused by changes in regulations post January 1st could not have come at a worse time.

Problems have ranged from a lack of clarity in relation to the information that’s required, inconsistencies as to how authorities in different ports have been applying the rules, and significant issues with the new systems companies are expected to use. This has meant that many Scottish seafood companies have struggled to get any product at all to their valued, long-standing European customers.

In response to the variety of issues affecting seafood businesses of all sizes across the country, Seafood Scotland has hired a new team, with decades of experience in the management of export supply chains to help troubleshoot and get the flow of trade to Europe back on track.

Funded through the Scottish Government and Scotland’s Food and Drink’s joint Recovery Plan, the team will work closely with companies to help them better understand the new business practices to export to the EU and Northern Ireland, including the customs and export certification processes.

Donna Fordyce, Chief Executive at Seafood Scotland, commented: “The landmark funding from the Scottish Government has been welcomed by the sector and we’re pleased that we could get a team in place so quickly.

“The first two appointments are armed with decades of industry experience and are ready to hit the ground running by immediately starting in their roles and tackling the most pertinent issues. However there remains issues inherent to the system in place and therefore we are continuing to request a grace period so that the UK and EU can resolve these without it having a negative impact on trade in the meantime.

“Once these most immediate problems have been resolved, our team will then start to look at the bigger picture to establish how businesses can adapt and indeed thrive in the new post-Brexit era.”

The two new Scotland based appointments are Alastair Kennedy and Steve Galloway who will bring their exporting expertise to the role from both a supplier and a customer perspective.

Alastair Kennedy, Seafood Scotland Consultant, commented: “I’m really looking forward to getting the ball rolling. Having worked in the seafood sector for the last eight years, I know it is full of talented, passionate people who have had a really tough time of it over the last year. The seafood they produce is world-class and it will be truly rewarding to help get it back into Europe – a market that highly values its quality. There’s a lot of work to be done but many of the issues the sector currently face are resolvable and I look forward to playing a part in making this happen.”

In addition to the domestic team, Seafood Scotland also hopes to appoint a Boulogne-sur-Mer consultant in the coming days to help give on the ground support from a European standpoint. This will further bolster Scottish seafood businesses’ chances of returning to pre-Brexit levels of trade with Europe as soon as possible.

Rural Economy Secretary Fergus Ewing said: “The seafood sector has been devastated by this poor Brexit deal and we cannot wait for the UK Government to solve the administrative problems they have created.

“Our focus is on resolving the issues around exports and making sure the process runs as smoothly as possible which is why as an immediate priority, we are funding these new posts to provide in-depth expert support to exporters across Scotland and help them navigate the new and onerous processes. We continue to back calls from our food and drink businesses for a six-month ‘grace period’ to allow exporters more time to digest the outcome of negotiations on a trade deal and prepare as best as they can.”