Scottish Skills to the fore at UK-Wide industry competition 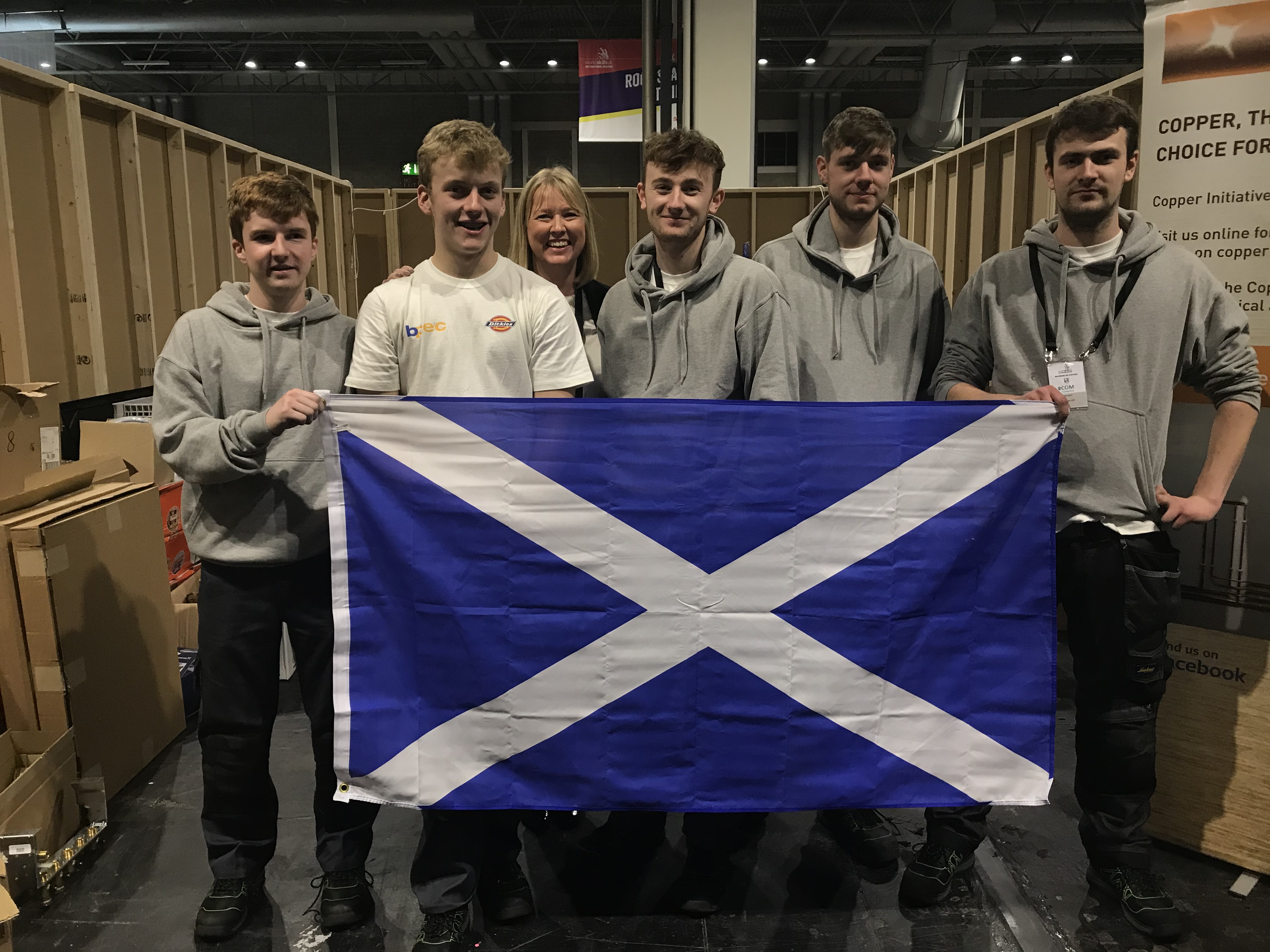 Scotland’s top plumbing apprentices completed a near-sweep at last week’s WorldSkills UK competition, with two of the four award winners up for selection to contest for international glory in China in 2021.

Alexander Clouston of Inverness College, Cameron Clark of Dundee & Angus College and Sam Henderson of Tullos Training also competed at the three-day (21-23 November) competition held in the NEC, Birmingham home to the UK National Finals for more than 70 WorldSkills UK Competitions. Alexander, who is an apprentice with Pipedream Plumbing & Heating, and Sam, who is employed by Derek Scott Plumbing & Heating, were Highly Commended for their efforts.

All earned their places at the National Finals following a series of challenging regional heats throughout the year. The SkillPLUMB Scotland heats are organised by SNIPEF – the Scottish and Northern Ireland Plumbing Employers’ Federation – and the BPEC industry training network.

In addition to the plumbing candidates, Lewis Sim of SNIPEF member firm McDonald & Munroe took part in the electrical competition at WorldSkills UK and won the Silver Medal.

Connor and Sam are now eligible for selection for the squad that will get narrowed down to Team UK, which will travel to compete internationally at WorldSkills Shanghai in 2021.

Fiona Hodgson, CEO of SNIPEF, said the success of all involved was a testament to the high quality of apprentice training available in Scotland.

“The skills and training of these young people are the foundation for the future of our industry, and it’s fantastic to see their achievements recognised on a national stage,” she said.

“They are a credit to the lecturers who teach them, and to the forward-thinking employers who provide them with training while on the job.”

In its recent election manifesto issued jointly with the APHC, SNIPEF called for further government support for apprenticeships to help address the on-going skills shortage in the plumbing and heating sector. Apprentice levels have not recovered from those pre-recession, during which they dropped by half.