A MASS protest by Scotland’s travel industry professionals will take place outside the Scottish Parliament at Holyrood on Thursday 5 November from 12 noon. Organised by the Scottish Passenger Agents’ Association (SPAA) an anticipated 150 travel agents, tour operators and travel associates will bring their request that the Scottish Government Saves Scottish Travel to the capital. SPAA members and representatives of Scotland’s whole travel sector, wearing Save Scottish Travel face masks, will brandish placards and hazard-tape bound passports, waving flags of the world outside the Parliament building.

Scotland’s 26,000 travel sector jobs are at risk without a clear strategy and action plan for how the Scottish and UK governments will get travel moving again. It is estimated, by the SPAA, that there are 5000 travel agency staff in 250 High Street premises in Scotland and several hundred home workers. SPAA members indicate that at least 500 jobs have already been lost since March and that, this rate of job losses will accelerate rapidly as the industry enters a second year of zero revenue.  Travel agencies are handling between 8% and 11% of the work volume of previous years – with the bulk of the current work being admin related to refunds and bookings.

Passengers through Edinburgh airport between April and September fell by 91% on the previous year and in June, Glasgow Airport said traffic was down 98% on 2019.

The SPAA is demanding tailored support for the Scottish travel sector. As well as the £1.7 billion of economic benefit to Scotland from outbound travel the country risks the £11billion of economic activity from inbound visitors which relies on a robust, connected travel sector. Scotland’s travel industry is vital, not only for leisure and business travellers, but for exports. Without the connectivity of excellent direct flights, Scottish businesses will be unable to export goods. Scotland’s chief statistician report on Scottish exports* published in January 2020, notes that cash value of exports (excluding oil and gas) is £33.8billion with food and beverages alone worth £420m.

SPAA members also want a comprehensive and robust testing system to be introduced to allow international travel to take off once again, with an end to the current, impractical quarantine regulations on return from overseas travel which they consider to be confusing and has led to increased concern about travelling. International Air Transport Association (IATA) research** in October revealed that there have been only 44 identified potential cases of flight-related transmission among 1.2 billion travellers, which translates to  one case for every 27 million travellers.

“Travel is broken. We are at serious and immediate risk of losing Scotland’s travel industry and the 26,000 jobs which the industry supports. It seems as if the Scottish Government has completely turned its back on the travel industry which is massively short sighted. Scotland is a small country which needs its connectivity to the rest of the globe. We have already lost routes and more is imminent. If this happens it will be a catastrophe for the Scottish economy.

“Travel agents are broken – and broke. The financial model of the travel industry means that agents did all the work for summer 2020 bookings in autumn 2019 but they didn’t receive a penny of the money paid by their customer as this goes immediately and directly to the tour operator. Travel agents receive their fees eight weeks or so before departure date. No departures meant zero revenue.  It’s clear that the financial model of the travel industry is neither understood nor differentiated by the Scottish Government from the domestic hospitality and tourism sector.  As an industry, we have refunded our customers despite not always having received the refunds from the operators and airlines. We’ve lost all of our revenue for 2020 and we’re now facing the whole of 2021 with zero revenue. We urgently need a tailored support package of grants for the industry.”

SPAA members are calling for a credible, robust and affordable testing scheme to be introduced at airports on arrival before Christmas which would significantly reduce the time required in quarantine.

Joanne Doeey continues “Rapid airport covid testing could save the Scottish travel industry. People want to travel but are put off by the ever-changing travel corridors and the possibility of having to quarantine for 14 days, even if on departure their destination was on the ‘safe list’. Or, that a holiday will be cancelled at short notice. Pre departure COVID  testing could be the lifeline for travel and this should lead to multi-lateral testing arrangements with other countries.”

IATA’s survey** of travellers also indicated that 83% will not fly if they have to quarantine on arrival, but 88% say that they are willing to be tested to facilitate travel.

“Travel agencies have faced, and continue to face, an utterly torrid time and there’s currently no light at the end of the tunnel for us. There are massive mental health and wellbeing issues for a sector on the edge. Not only did many struggle to access business support, but we were forced to keep staff working rather than on furlough in order to process hundreds of thousands of bookings since March. Travel agents were refunding clients for work they did in 2019, from their own pockets as they awaited the return of monies from operators and airlines. They had to pay staff to work to process this tsunami of refunds at a time when they had zero income. And to add insult to injury we’ve had to refund non recoverable credit card fees on the sale and again to process the refund. Now, many agency owners are facing difficulty accessing bank loans. They have used all their savings and are now using their pension funds to stay afloat and are teetering on the brink. The Scottish Government needs to act now to Save Scottish Travel.” The SPAA, founded in 1921, is the world’s oldest organisation representing travel agents. It currently has 120 member companies, all their associated agencies across Scotland including many home workers, and 92 associate members across the travel and transport industry. 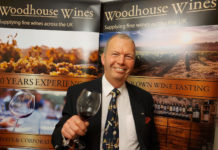 “Adapting” the key to success for owner of Scottish wine business 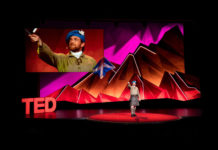 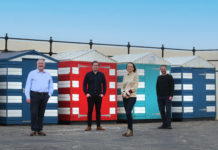 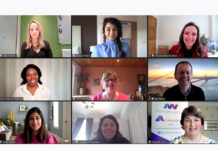 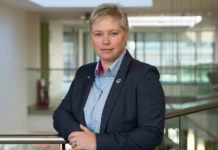 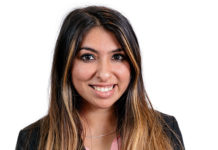