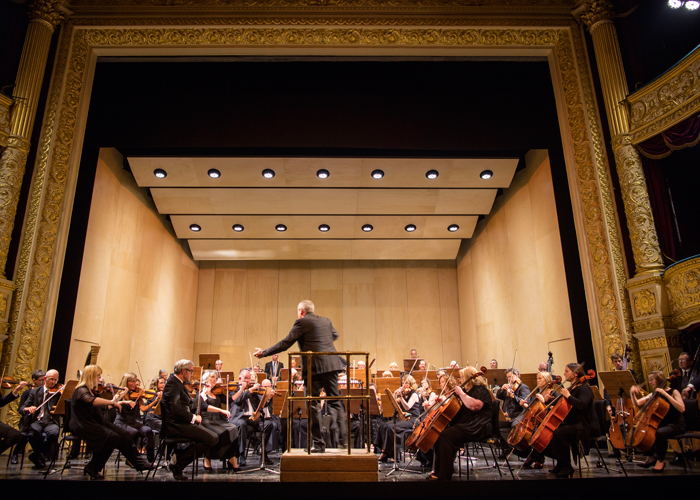 ON THURSDAY 19 May, at Perth Concert Hall, Scottish Opera is presenting a programme of some of opera’s most moving and delightful music to open Perth Festival of the Arts 50th Anniversary Festival.

The Brewin Dolphin Festival Gala Opening Concert features sopranos Eleanor Dennis and Catriona Hewitson, mezzo-sopranos Catriona Morison and Lea Shaw, and baritone Jonathan McGovern.  Eleanor last performed in the Company’s 2016 production of ‘The Marriage of Figaro’, in the role of Countess Almaviva, whilst Catriona Hewitson, Lea and Jonathan appeared in the recent five-star production of ‘A Midsummer Night’s Dream’. Scottish mezzo-soprano and the winner of the BBC Cardiff Singer of the World Catriona Morison is making her debut with Scottish Opera. They will be conducted by the Company’s Music Director, Stuart Stratford, and accompanied by The Orchestra of Scottish Opera.

Scottish Opera Music Director, Stuart Stratford said: “It’s a great honour for Scottish Opera to perform at the Gala Opening Concert of the Perth Festival of the Arts, in its 50th Anniversary year. The five wonderful singers include Jonathan McGovern, who is about to sing the title role in our revival of ‘Don Giovanni’. He also, along with Catriona Hewitson and Lea Shaw, dazzled critics and audiences in ‘A Midsummer Night’s Dream’. There is so much to look forward to, ranging from instantly recognisable music from ‘The Magic Flute’ to the sparkling comedy of ‘Der Rosenkavalier’. It promises to be a really special evening.”

David Brand, Chairman of Perth Festival of the Arts said: “All of us at Perth Festival of the Arts are delighted that Scottish Opera is performing in The Brewin Dolphin Festival Gala Opening Concert on the historic occasion of our 50th Festival. Since 1972, the Festival has featured marvelously talented artists from all over the world and it is entirely appropriate that the splendid orchestra and singers of Scottish Opera are opening our 50th Anniversary. At our very first Festival, Scottish Opera performed both ‘A Midsummer’s Night Dream’ and ‘Così fan tutte’, and we could not envisage a better way to mark the 50-year milestone and ensure a fantastic start to this year’s Festival.”

Tickets are available now from www.perthfestival.co.uk/event-The-Brewin-Dolphin-Gala-Opening-Concert-with-Scottish-Opera-id1557

The concert is part of the Festival, a gem in Scotland’s cultural calendar, with performances in Perth Theatre, Perth Concert Hall and other venues from 18-29 May and features the best in classical music, theatre, rock, folk, jazz, literature and visual art.