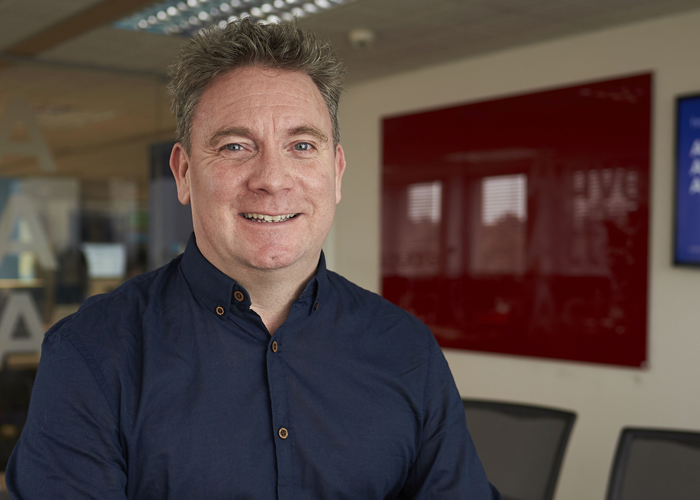 HAVING invested over £20 million into businesses with high-growth potential over the past nine years,  Scottish EDGE has received a fresh boost after a number of substantial EDGE Pledges were recently honoured, totalling over £125,000.

To ensure its long-term sustainability, Scottish EDGE invites previous winners to sign up to the EDGE Pledge to contribute a minimum of 1% of exit proceeds back into the fund. The EDGE initiative encourages established entrepreneurs to invest in the success of fellow upcoming talent.  Scottish EDGE has a total of 168 pledges currently active from former winners dating back to the first round of the competition, including Appointed, Novosound, Enterobiotix and Ooni Pizza Ovens.

Calum Smeaton, founder and until recently CEO of TV measurement and attribution platform TV Squared, was one of the first founders to sign the pledge at its inception in 2017, and together with Kevin Dorren and Andrew Veitch, both investors in TV Squared, donated a combined total of £110,000.

Meanwhile, £11,500 was committed by Brian Woods, whose former company was successful in the second round of the Scottish EDGE awards, and who is now the founder of Cane & Grain International. A further pledge of £4,400 was honoured by David Kellock, who was amongst the founding directors of travel accessory company Trtl and was recognised in both the second round of the EDGE awards and the fifth round of the Young EDGE category, which rewards promising entrepreneurs under the age of 30.

Calum Smeaton said: “The EDGE awards came at the perfect time at the start of the TVSquared journey. The awards’ format encourages the entrepreneurs to think about their business holistically and the pitch in the final puts a premium on presentation skills and the ability to answer questions from top quality judges. The prize enabled us to accelerate investment in our commercial team and fund a much-needed global market research trip that confirmed our assessment on the global market opportunity we had for our product. We will forever be grateful for the EDGE Awards and how they helped in the journey from an idea on a white board to an exit 10 years later.”

Alongside contributions pledged by previous winners, Scottish EDGE recently introduced an investors’ pledge, which has now been signed by Andrew Coleman, who has previously invested in various EDGE winners including Enterobiotix, Lentitek Ltd and BioLiberty Ltd.

Andrew Coleman said: “EDGE is a unique asset whose preservation has much to contribute to Scotland’s thriving business and economy. Not only does it present a wealth of networks, knowledge, and opportunities but its benefits are manifold not only for founders but for their early backers as well. In pledging my support, I hope to encourage other beneficiaries to also invest in its long-term sustainability, so that generations of entrepreneurs to come can benefit from these crucial resources”.

Evelyn McDonald, CEO of Scottish EDGE, added: “One of the bedrock principles of the Scottish EDGE fund is to encourage recipients to give back to the fund, so that the entrepreneurs of the future can continue to benefit. We are thrilled that several generous pledges have recently been honoured, which will enable more businesses to continue the positive cycle of creativity and innovation that we have been proudly championing for almost a decade”.

Supported by The Hunter Foundation, the Royal Bank of Scotland, the Scottish Government and Scottish Enterprise, the EDGE awards have a key role to play in facilitating the nation’s economic growth. Most recently, the 20th round of the awards saw a further 42 innovative businesses benefit to the tune of £1.6 million.

The current round of Scottish EDGE opens on 24th January and applications for funding will be accepted via the online portal at scottishedge.com until 14th February 2023.