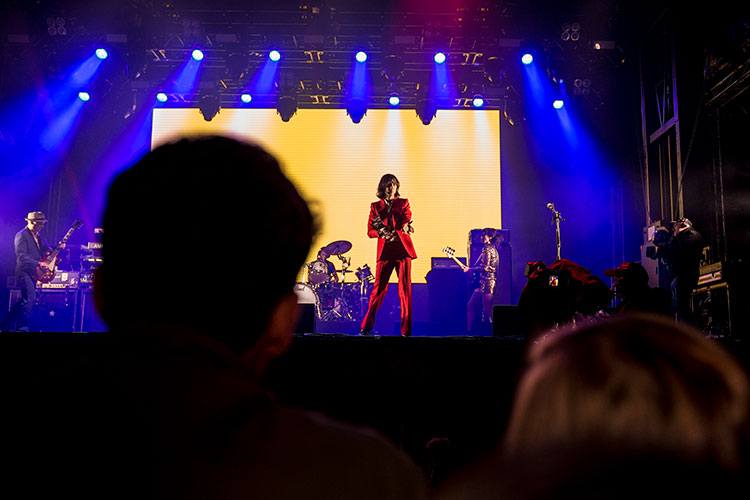 More than £1.1 million has now been invested in 68 individual business and cultural partnerships throughout the length and breadth of Scotland, thanks to a pioneering funding programme managed by independent charity Arts & Business Scotland.

Celebrating two successful years since its original launch in April 2017, the Culture & Business Fund Scotland (CBFS) has enabled closer collaboration between the business community and Scotland’s cultural sector by match-funding business sponsorship of cultural projects from Dumfries to the Shetland Islands and from Dundee to Argyll and Bute.

Funded by the Scottish Government via Creative Scotland, total investment from the fund since its launch has been almost £500,000 with every £1 of CBFS monies invested generating £1.31 in business sponsorship, creating a total investment of £1,124,675.

Grants provided by the CBFS range from £1,000 to £40,000 in value. In an effort to encourage longer term collaboration between business and the arts and heritage sectors, the CBFS programme also provides ongoing support to partnerships in their second and third years.

The programme supports a broad mix of different art forms and heritage types and has attracted support from a wide variety of businesses, spanning everything from manufacturing, property and construction to creative industries and from business services to retail, travel and leisure.

Successful applications to the programme have positively impacted everything from education and learning to environmental awareness and from community engagement to culture led economic development. The programme has also assisted in improving industry performance whilst boosting the development of ideas and innovation within the relevant sectors by ensuring both the business and cultural organisations gain maximum benefit from being involved.

More than nine in ten businesses participating in the programme said they were motivated to get involved by the opportunities it offered them to raise awareness of their business brand. Other common reasons for businesses to take part included the associated opportunities to generate positive PR, to market their business and to demonstrate their corporate social responsibility credentials.

Match funded by the CBFS programme, Edinburgh St James, the company behind the multi-million-pound redevelopment of Edinburgh’s St James shopping centre, has collaborated with the National Museum of Scotland, sponsoring the launch of ‘Body Beautiful’, a ground-breaking exhibition that champions the people, designs, and voices influencing positive body image and inclusivity in the modern fashion industry.

“We’re delighted to be a part of this exhibition that celebrates the rich tapestry of diverse voices and talent within the fashion industry and hope to collaborate again in the future with National Museums Scotland. Edinburgh St James will create a new fashion hub for the capital, providing a home for the brands that this city has been waiting for. From the start, we have sought to blend St James Edinburgh with the vibrant culture of the city and exhibitions like Body Beautiful perfectly encapsulate what this cosmopolitan capital is all about.”

Earlier this year, Dippy the Dinosaur, a 292-bone full-size cast of a diplodocus skeleton, on temporary loan from its permanent home at the National History Museum in London, came to Glasgow’s Kelvingrove Art Gallery and Museum as the only Scottish venue on an eight city UK tour. With match funding from the CBFS, Kelvingrove found the ideal business sponsor for the exhibition in the form of local south side chiropractic surgery Clarkston Chiropractic, who assumed the role of Dippy’s official “Chirosaurus” and were able to talk to visitors to the exhibition about how to correctly look after their bones.

“We are immensely proud to be a Scottish Friend of Dippy on Tour: his bones may be a smidge bigger than we are used to dealing with, but we will give it our best crack! Everyone in our practice, even our clients, are giddy with Dippy excitement. It’s a wonderful adventure to be involved in. Most children are fascinated by dinosaurs, they are a great way of talking to young people about all manner of scientific ideas. By supporting Dippy on tour, we hope to ignite a spark of imagination in all those who visit Dippy during his time in Scotland.”

During its second year, the CBFS programme also played an important role in supporting a landmark cultural event in Scotland as the iconic new V&A Dundee building officially opened its doors in September 2018. Match-funded by the CBFS, local technology company (and pioneers of the Automated Teller Machine or ATM) NCR, wealth managers Brewin Dolphin and local media company DC Thomson all provided sponsorship of the 3D Festival, a two-day event on Dundee’s waterfront, marking the official launch of V&A Dundee and attended by around 20,000 people.

“NCR has been part of the Dundee community since 1946 and continues to have a strong presence in the city today through the design and innovation advancements taking place in our Discovery R&D campus. Working with the V&A Dundee team and supporting the launch event gives NCR a great opportunity to be part of the exciting changes taking place across the city.”

Meanwhile, taking place on the Isle of Skye in late 2018, the SEALL Festival of Small Halls comprised a series of musical events featuring some of the best traditional musicians in the country, travelling around the island to perform in some of the smallest halls in Scotland. The festival was sponsored by central Skye’s Sligachan Hotel, one of the oldest and most iconic hotels in the Highlands which has hosted travellers since the mid-18th century. Match-funded by the CBFS programme, the Sligachan Hotel not only sponsored the Festival but was also able to host participating musicians and journalists, as well as providing a venue for some of the Festival performances.

“The Sligachan Hotel is really proud to have been able to support the SEALL Festival of Small Halls. It’s been a great opportunity to get involved in a high-quality local community project that has benefited Skye and Lochalsh as a whole. Our sponsorship of the festival has given the business really great exposure through the local, national and international media as well as giving our staff the unique opportunity to meet world-class musicians at their place of work. We were absolutely delighted to have been able to play our part in helping to make the 2018 Small Halls Festival such a resounding success.”

“Since launching in April 2017, it’s genuinely inspiring to see the huge variety of cultural projects throughout the length and breadth of Scotland that have been made possible through the generous support of business, matched by investment from the Culture & Business Fund Scotland. Over the first two years, the CBFS programme has now generated more than £1.1 million of investment in 68 creative partnerships between business and the arts and heritage sectors. I look forward to seeing many more successful collaborations in the years ahead. I would actively encourage any cultural organisation looking for new ways to bring their projects to life to consider potential opportunities for partnering with the business community – and potentially accessing match funding from the CBFS programme into the bargain.”