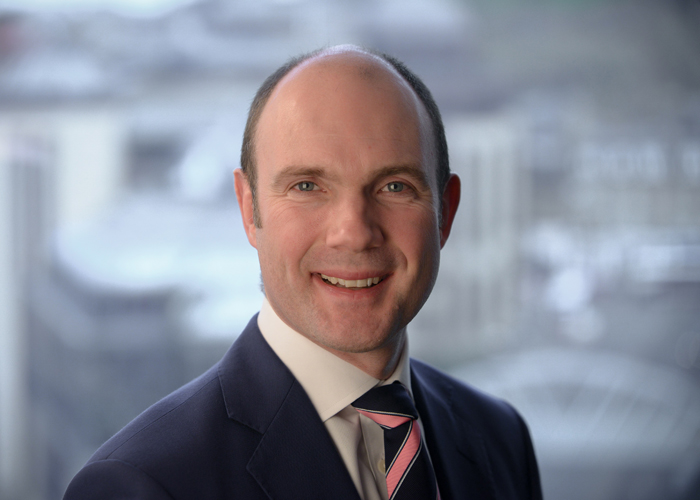 BUSINESS sentiment in Scotland has entered negative territory for the first time since the end of 2020 according to the latest Addleshaw Goddard Scottish Business Monitor report, with 70% of businesses expecting growth in the Scottish economy to be weak or very weak over the coming year.

The report, produced in partnership with the University of Strathclyde’s Fraser of Allander Institute, surveyed 450 firms in October from across the economy and showed that energy bills and staff remuneration are expected to be biggest cost drivers over the next two quarters.

Businesses also called for government support through a range of measures such as VAT cuts, a Corporation Tax cut and changes to Business Rates to help them deal with the challenges they face as the country heads for a possible recession.

With stability also referenced by 7% of those who responded, it is clear that businesses are looking for both governments to strike the balance between offering the right package of support for businesses and also retaining credibility to secure stability.

Alan Shanks, Partner in the Energy & Utilities team at Addleshaw Goddard, said: “The results of the latest survey are no surprise, given the trends of preceding reports and the recent economic turmoil hitting the global, UK and Scottish economies. But we know from speaking to Scottish businesses that there is a strong focus on doing what it takes to tackle head on all of the challenges facing them.

“The businesses responding to our survey have made it clear what governments can do to help them chart a course through another difficult period. They have also made it clear that they will take control of what is in their own hands, and it is positive to see an increase in the number of businesses looking to tackle their own energy costs by, among other things, looking at efficiencies and ways of generating at least part of their own power needs.

“There are important conversations to be had with businesses and those holding the economic levers, but also within businesses themselves to ensure they are doing everything in their power to manage risks and successfully trade through these challenges.”

The report revealed that just under half of Scottish firms surveyed expect to reduce their operations this year due to higher energy bills, up from 40% last quarter. However, the report also indicated that a growing number of businesses are looking to tackle their own energy costs with 60% increasing their focus on adopting energy-efficient processes.

In terms of overall business costs, 90% of firms in Scotland surveyed have experienced higher business costs over the past year, with the majority (77%) experiencing increased costs of up to 50%. In the hospitality sector, 10% of firms have seen their costs more than double in a year.

The share of Scottish firms experiencing supply chain issues continues to fall, which may ease some inflationary pressures. The survey also showed that the labour market might be beginning to cool, with the proportion of businesses with vacancies dropping from 56% to 50%. However, 90% of those are struggling to hire the staff they need, predominantly due to a lack of skills, applications, and, increasingly, wage expectations.

·         There were positive net balances in expectations for the level of employment and turnover in the coming six months, however there continued to be negative net balances for expected capital investment and export activity, with all measures worsening in the latest quarter.

·         Only the manufacturing sector experienced an improvement in business volume in the latest quarter.

·         Of those firms with an increased focus on energy efficiency, the majority plan to revise their energy processes (34%). This was followed by those that plan to invest in solar panelling (17%), invest in draughtproofing and/or double/triple glazed windows (15%), invest in green heating technologies (8%), and adopt hydrogen (1%).

·         The number of businesses finding difficult, or very difficult, to purchase goods and services dropped from 47% to 40%.

·         Compared to the previous quarter, firms are finding it more challenging to retain their current workforce, with over a third of firms reporting difficulties retaining existing staff.

Professor Mairi Spowage, Director of the Fraser of Allander Institute, said: “Business sentiment has fallen into negative territory for the first time in two years as the cost of doing business crisis worsens.

“With the price of goods, energy, and borrowing on the rise, the majority of Scottish firms that we surveyed are expecting to wind down their operations or pass on costs to their consumers over the next year.

“However, there is some good news from our latest survey. Supply chain issues continue to ease, which may dampen inflationary pressures, and the ongoing energy crisis has motivated Scottish businesses to consider making energy-efficient improvements to their processes.

“We will be watching closely in the next month how the UK and Scottish Governments balance providing support for businesses while signalling stability to the markets.”