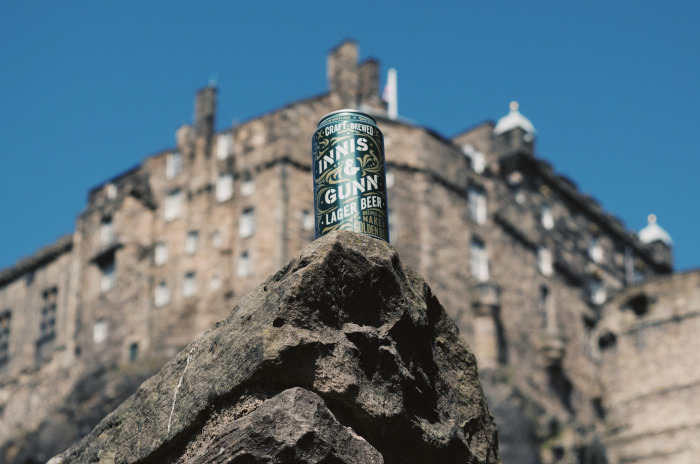 With the initial target met, the campaign has moved into a ‘cooling off period’ for the next seven days and will close at midnight on Wednesday 5 February. This final phase is a regulatory requirement which also gives those who still wish to get involved one last chance to invest. Innis & Gunn will be able to accept further investment in exchange for releasing additional equity until the cooling off period has elapsed. In this raise the brewer has sold 2% of it’s share capital to over 2,000 investors.

Each investor will have their name proudly displayed on the wall of Innis & Gunn’s new brewery to be built at Heriot Watt University Research Park. A number of additional perks are also available such as free birthday pints and discounts across Innis & Gunn’s Brewery Taprooms.

The project will be the largest major brewery in Edinburgh for over 150 years. The university tie-up is the UK’s first major collaboration of this type between a full-scale brewery and a university and will create a centre for brewing studies and applied learning on the world stage. The collaboration will be on par with other famed brewery universities like Weinstephan in Germany.

Both Heriot-Watt and Innis & Gunn anticipate a wealth of benefits to arise as a result of the collaboration.  Students will benefit from invaluable hands on experience across a range of topics from brewing operations to marketing and administration. Innis & Gunn will have access to world leading academic research as well as a constant stream of industry ready talent from the world-renowned brewing and distilling course.

The site will bring all production and packaging in house, simplifying the current outsourced model and reducing costs, while simultaneously reducing the company’s carbon footprint. It will also create around 30 new jobs and give Innis & Gunn the opportunity to offer brewing services to others for the first time.

Dougal Gunn Sharp, Founder and Master Brewer at Innis & Gunn said: “Since Innis & Gunn was founded in 2003 our ultimate goal has always been to have our own brewery on our home turf, a brewing focal point for the city. We want to put Edinburgh back on the international brewing map, and with this investment secured we’re going to be able to do just that. We’ve got ambitious growth plans for the future and the brewery is going to be instrumental in reaching our long-term potential. With this key step now in place, we’re looking forward to a very bright future.

“I am personally absolutely delighted by the response we’ve had to our crowdfund and the endorsement of our beers, our business and our brand. I’d like to extend a warm welcome to the 2000+ investors who have joined our community since the fund opened. We’ve always said our fans are one of our biggest strengths as a business, and we can’t wait to welcome you all to the brewery next year for the opening party to share a celebratory pint. Massive thanks again to everyone who has supported us, it is hugely appreciated.”

In the three years since its last crowdfund Innis & Gunn has grown to almost 21 million pints and increased turnover to over £25m.  Growth has accelerated through the launch of its award-winning Lager Beer which in 2018 grew by nearly 40%; it is the most valuable craft beer in bars and supermarkets in Scotland with market leading rate of sale. Innis & Gunn Lager accounts for 3 of every 4 craft lagers sold in Scottish supermarkets. Innis & Gunn is also the number 8 take home alcohol brand in Scotland.

The brewer’s flagship beer Original represents around a quarter of our volume but around one third of turnover, thanks to its premium position and international footprint. It is Innis & Gunn’s lead international beer and has found acclaim and success in a great many export markets thanks to its multi award winning taste, premium positioning and unique qualities. The Original is the most awarded bottled beer in Scotland and a six-time Grand Gold winner at the world-renowned Monde Selection.

The brewer also successfully relaunched its pubs as Brewery Taprooms this year with takings up 30%. The Taproom concept will be rolled out across the UK with two new sites each year for the next three years.