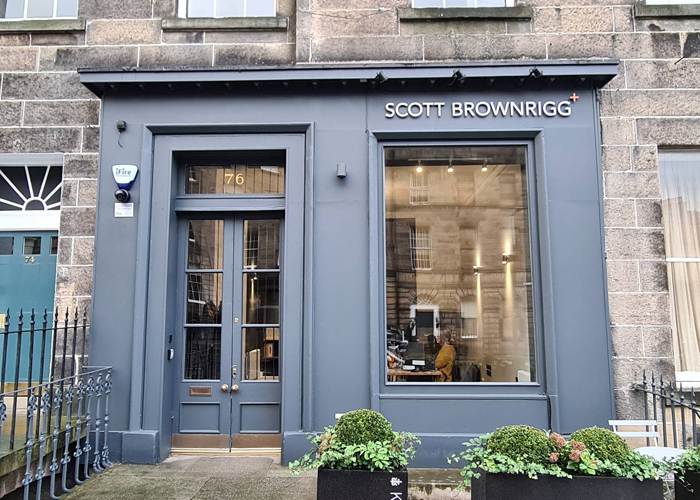 “Our new studio location perfectly suits our evolving needs and new ways of working. It gives us a great street presence, offers enormous flexibility, and most importantly provides a dynamic environment for the team to work in. It has been very warmly received by the team and clients alike”.

Scott Brownrigg opened an Edinburgh studio in 2013, led by Director Alex Donaldson.  In its first year of opening, it won the AJ100 Best Place to Work in Scotland Award. The team have built up a reputation within the education, defence, infrastructure and business space sectors, working on projects such as Edinburgh Rising Rolls, East Lothian Passivhaus/Optimum nurseries, Priority School Buildings Programme in England, City of Edinburgh nurseries, Lancaster University Library extension, Stoneywood School Aberdeen, and most recently Milltimber Primary School in Aberdeen.

Work in other sectors includes State Street HQ, Quartermile, Edinburgh, Edinburgh Airport Fast Park, East Terminus and Fire station, and the Department for International Development in East Kilbride. The team are also working on the fit out of Scotland’s first Duck & Waffle Restaurant in St James Quarter, Edinburgh, due to complete in December.