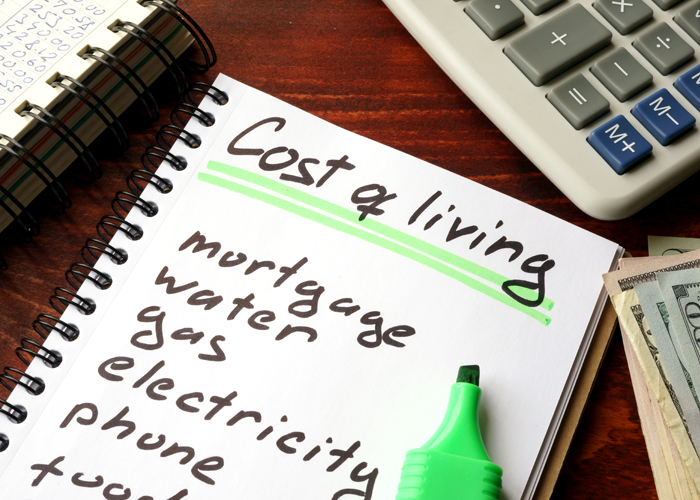 A NEW SURVEY of economic attitudes and behaviours has revealed widespread pessimism about Scotland’s economic outlook. The ‘Understanding Scotland’ report on the economy found that 3 in 4 people think that economic conditions have deteriorated over the past 12 months and 62% expect this downward trajectory to continue over the coming year.

People’s pockets have been hit hard, with a third of people reporting a worsening of their own financial circumstances over the past 12 months. This has exacerbated pre-existing inequalities and hit the worst-off hardest, with people in Scotland’s most deprived communities ten percentage points more likely to report a deterioration in their finances than the most well-off.

The survey also brings to light significant public concerns over rising prices and the cost of living. While 42% of the population are satisfied with the level of their income, 37% are dissatisfied with the extent to which their income covers their costs of living, rising to half of those in the most deprived communities. There is apparent concern at rising inflation, with 4 in 5 people expecting to spend more in the coming year on household utilities, and half expecting to spend ‘much more’.

At a broader level, the survey found widespread disaffection with the way the economy is run, with 72% of people believing the economy does not work in the interests of most people, and 62% saying it works primarily in the interests of business. Coming in the wake of COP26, the survey also revealed that 3 in 5 people believe economic growth conflicts with environmental prosperity.

Speaking ahead of the launch of the new report, Mark Diffley, director of the Diffley Partnership, said: “This survey makes for sobering reading for policymakers ahead of the upcoming Budget. People are evidently worried about Scotland’s economic standing and their own financial wellbeing. An effective policy response that allays these concerns will require immediate action to stem the cost of living crisis, as well as longer-term reforms to reconnect people to the wider economy.”

The poll, which is part of the inaugural edition of the Understanding Scotland survey, gathered insights and opinions from more than 2,000 members of the Scottish adult population.

The Understanding Scotland survey was launched by research company Diffley Partnership and communications agency Charlotte Street Partners in October 2021 to deliver quarterly insights into public attitudes, behaviours, and expectations regarding society, the economy, and the environment in Scotland.