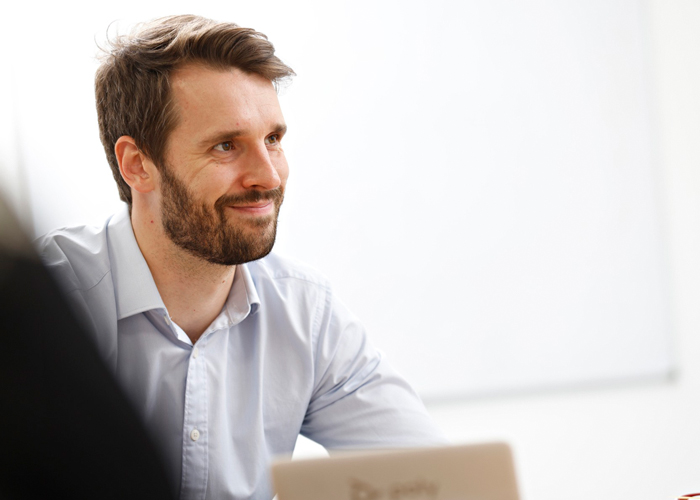 A BURGEONING health tech start-up has reached a milestone after completing 200,000 treatments with its innovative microwave device for treating common skin problems.

Scottish-based Emblation’s impressive growth is underpinned by the fact that almost half of the treatments took place outside the UK, as the firm pursues global expansion.

He added: “When our founders developed this technology, they knew they had come up with something very special – now we are really starting to see the fruits of that innovation.”

“It’s telling that we have reached this milestone despite the fact that Swift® was only launched in 2016. We are still very much in start-up mode, so to have achieved these levels in a mature market with an entirely new treatment is something to be extremely proud of.”

“It’s also remarkable that we have reached this significant landmark despite the many challenges thrown up by the pandemic. It really is a testament to the clinics who have invested in our technology, and the dedication they bring to providing the best new treatments to their patients.”

The number of treatments carried out with Swift devices has now surpassed the 200,000 mark. With the Swift distributor network growing globally, this number is split across several markets including the UK, Australia, Canada and the US.

The firm has also just staked its first foothold in the European market thanks to a deal earlier this year with a respected Munich firm which distributes specialist medical devices across Germany and Austria.

Jonathan added: “While this is brilliant news for Emblation, we never lose sight of the fact that the most important people in this picture are the patients. Happily, the more treatments we complete, the clearer it is that Swift delivers outstanding results.”

The portable microwave technology enables medical experts to resolve persistent common and plantar warts (verrucae) with a simple microwave treatment and has won widespread praise and recognition within both the medical and technology arena.

As a result, it is now being offered in almost 1000 clinics globally with more than 2000 clinicians having been trained in how to use Swift.

Jonathan said: “We know that once podiatrists, dermatologists, and other clinicians start using Swift it rapidly becomes an invaluable and profitable part of their business, because it is quick, easy to use and highly effective.”

Meanwhile Emblation has also grown its research and development capability to build on promising early results which could lead to breakthroughs in the treatment of skin cancers and pre-cancers.

Emblation was founded by Gary Beale and Eamon McErlean, who met during post-graduate studies at University in Edinburgh. The pair went on to launch Swift in 2016, as a radical new treatment in the podiatry sector.

The firm’s purpose is to create more accessible, reliable and compact medical microwave systems that can be used in dermatology and podiatry to overcome the shortfalls in traditional treatments for skin lesions.

In May 2021 the firm secured major second round investment from London based specialist healthcare investors, Apposite Capital. That eight-figure injection of capital has already seen headcount growth of more than 50%, with staff numbers expecting to double again in the next 18 months.

Based in Central Scotland, the firm is currently fitting out a new purpose-built, 20,000 sq ft headquarters at Castle Business Park against the idyllic backdrop of Stirling Castle, which is due to open later this year.

UK will fail to deliver the electric vehicle infrastructure needed by 2030, with four in five EV drivers calling on government to “do more”