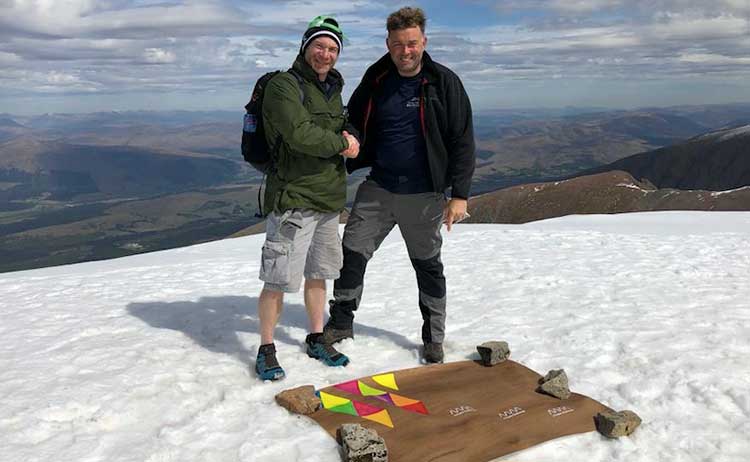 One of Scotland’s leading flooring suppliers, The Wooden Floor Store, has opened two new shops south of the border.

The new showrooms in Reading and Peterborough take The Wooden Floor Store’s total retail sites to nine, making it the only independent flooring retailer with a UK footprint. Another store in Manchester is scheduled to open in October. At around 3,000sq ft respectively, the three sites will create up to 12 new jobs and boost group turnover by between £1.5m and £2m.

To mark the new openings, directors and staff from the company – which previously supplied flooring for James Bond film, Spectre – climbed the four highest mountains in England, Wales, Northern Ireland and Scotland.

Now in its 20th year, The Wooden Floor Store currently has four outlets in Scotland (Glasgow, Edinburgh, Falkirk and Paisley), two in Northern Ireland (Belfast and Lisburn), will have four in England after this expansion phase (London, Manchester, Peterborough and Reading) and plans to operate from more than 20 sites across the country over the next three to five years.

Further expansion into locations across the Midlands, Wales, and south-east are in the pipeline and anticipated to materialise in 2020.

Richard Snape, director and co-founder of The Wooden Floor Store, said: “20 years ago we started with nothing but an initial investment of £500 and have grown to become the only independent with a nation-wide footprint.

“Much like the four peaks challenge, our growth has been an up-hill struggle at times and we’re not at the summit yet. We still have ambitious growth plans and hope to keep climbing.”

Fellow director and co-founder, Ross Nicholl, added: “We got some strange looks from other climbers at the summit of Ben Nevis when we started laying flooring, but we have always taken our own path and this just felt like a fitting way to celebrate we were literally reaching new heights.

“We’re delighted to have opened the Peterborough and Reading stores, and look forward to opening the Manchester branch launching next month. We’re in talks with parties across numerous sites with significant further growth opportunities down south.”

As well as marking the launch of the new stores, the four peaks challenge helped raise £1,400 for the charity Chest Heart & Stroke.

The Wooden Floor Store supplied flooring for the set of James Bond film Spectre in 2015. Pinewood studios, which produced the film, approached the company with a £30,000 contract to supply flooring for a luxury Austrian hotel set.