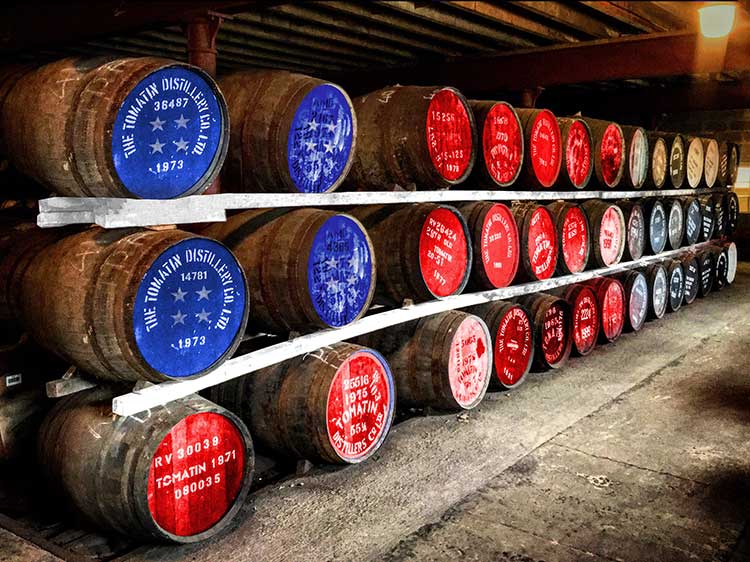 The contribution of the Scotch Whisky industry to the UK economy has grown by 10% since 2016 to £5.5bn.

A new report by the Scotch Whisky Association, building on research carried out by the Centre for Economic and Business Research (CEBR), also reveals Scotland’s national drink generates two-thirds of all spirits Gross Value Added (GVA) in the UK. The industry has been buoyed in recent years by record exports, reaching £4.7bn in 2018, and several new distilleries beginning production and opening their doors to tourists.

This success comes despite the industry continuing to pay the fourth highest duty rates in the EU, and one of the highest ofspirit producing nations globally. Recent freezes to UK duty have helped the industry to reinforce its vital importance to the UK economy.

Karen Betts, Chief Executive of the SWA, said: “This research shows the Scotch Whisky industry’s huge contribution to both the Scottish and UK economies.

“Significantly, the research shows that our industry’s GVA increased by 10% to £5.5bn between 2016 and 2018, as a result of Scotch Whisky companies’ continued export success and the industry’s consistent investment at home – with over £500 million going into production, distribution, marketing and tourism in the last 5 years.

“Despite the challenges of Brexit, this investment continues to flow, with further projects planned and more distilleries set to open – a sign that the Scotch Whisky industry remains confident about the future.  This is great news for our many employees, our investors, our supply chain and, of course, for consumers all over the world who love Scotch.

“This report also highlights the high rate of domestic tax that Scotch Whisky faces in the UK. In the US, Scotch and other whiskies are taxed at just 27% of the rate that HM Treasury taxes us here at home. We will continue to press the Chancellor for fairer treatment for Scotch Whisky in our domestic market, which reflects the vital economic contribution the industrymakes to the UK economy every day.”

Scotch Whisky provides £3.8bn in direct in GVA to Scotland – helped by regulations in place that requires all Scotch Whisky to be distilled and matured for at least three years in Scotland.

This means Scotch Whisky contributes more than double than life sciences (£1.5bn) to the Scottish economy, supporting more than 42,000 jobs across the UK, including 10,500 people directly in Scotland, and 7,000 in rural communities.

The sector was found to perform a crucial role in driving productivity across Scotland. The manufacturer of beverages in Scotland – dominated by Scotch – produces £210,505 GVA per employee. Comparatively, the industry is more productive than the energy sector (including renewables) at £173,511 per head, life sciences at £93,735 per head, and creative industries at £60,712 per head.

Exchequer Secretary to the Treasury Robert Jenrick MP said: “I’m delighted to see how this important sector is thriving.

“We are supporting the Scotch Whisky success story by freezing duty on spirits again this year.

“Our record of reductions and freezes to alcohol duties have provided more than £4bn of support to the drinks sector here in the UK.”

“The industry’s performance is testament to the hard work of those who work in this important sector, making Scotch Whisky one of Scotland’s greatest global exports.”